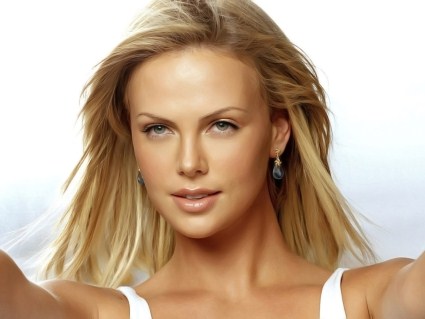 Charlize Theron is loving her new role as a Mommy. The Oscar winner recently adopted four month old boy Jackson Theron. She announced the big news last week. Charlize went on LA radio yesterday and gushed about her son and how he’s made her life complete. She joked ‘I now travel in a pack‘.

The star of Monster told Ryan Seacrest the public outpouring of love and good wishes since she revealed the adoption has been overwhelming ‘It’s been amazing, the amount of emails and congratulations. Everyone’s just been so lovely — it’s been really nice.’ Awww – well we’re all very happy for your Charlize!

So what has the South African born beauty learnt about motherhood so far? ‘I didn’t think I would be a fan of the swaddling, but the swaddling’s pretty amazing.  It sort of looks a bit like a straitjacket — you’re like, ‘Is this child abuse?’ — but for some reason they just love it.’

The 36 year old’s news took Hollywood by surprise. She managed to keep her expanding family under wraps. But she’s not the first actress to adopt. Nicole Kidman and Sandra Bullock have taken the same path…Madonna has a son and daughter and Angelina Jolie has adopted two boys and a girl.

The one time model is spending plenty of quality time with her little one at the moment. That’s one advantage of being an A-lister and being able to pick and choose your roles. Her next big screen release is Snow White and the Huntsman co-starring Kristen Stewart.