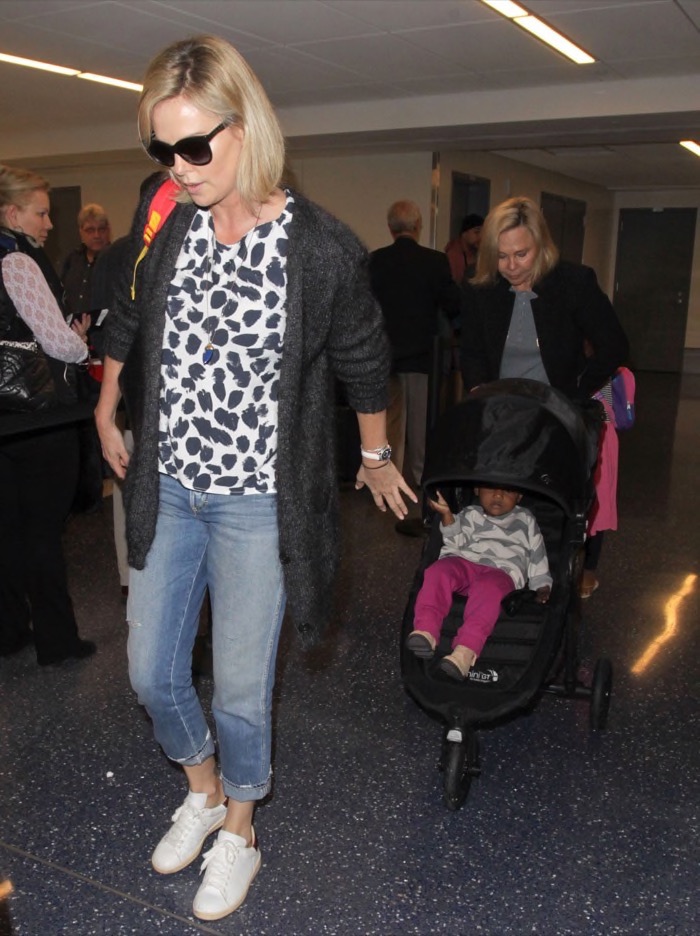 Charlize Theron was photographed departing on a flight at LAX airport with her kids Jackson and August in Los Angeles, CA on Friday (Feb. 10).

The Last Face actress was dressed in an animal print blouse, a knit cardigan, and boyfriend jeans with sneakers. She led the way as her mom pushed August in a stroller. Jackson followed behind.

During a press event for Girlboss, the new Netflix series she executive produces, Theron revealed that women are given a better platform in Hollywood nowadays.

“We are all kind of at the mercy of the opportunities that are handed to us,” Theron told CNN. “But I feel like this generation is changing that… There’s storytelling available to us right now, where women really are at the center of it. That, to me, is incredibly exciting.”

How to Avoid Exhaustion at Walt Disney World Resorts