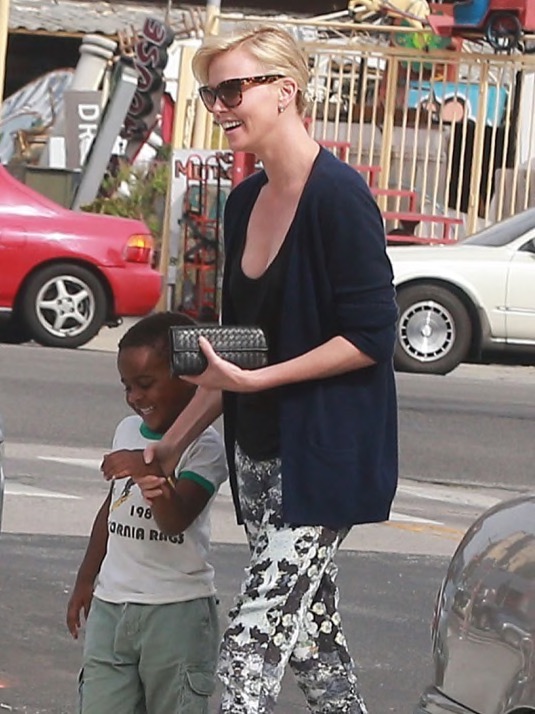 Charlize Theron and her son Jackson were spotted out for lunch in Los Angeles, CA on Wednesday (April 6).

The Huntsman: Winter’s War actress was dressed in a navy cardigan, black shirt and printed pants with flats. She forgot her wallet when they arrived at the restaurant and had to return to her car to retrieve it.

“Jobs with real gravitas go to people that are physically right for them and that’s the end of the story. How many roles are out there for the gorgeous, f***ing, gown-wearing eight-foot model? When meaty roles come through, I’ve been in the room and pretty people get turned away first,” she told.