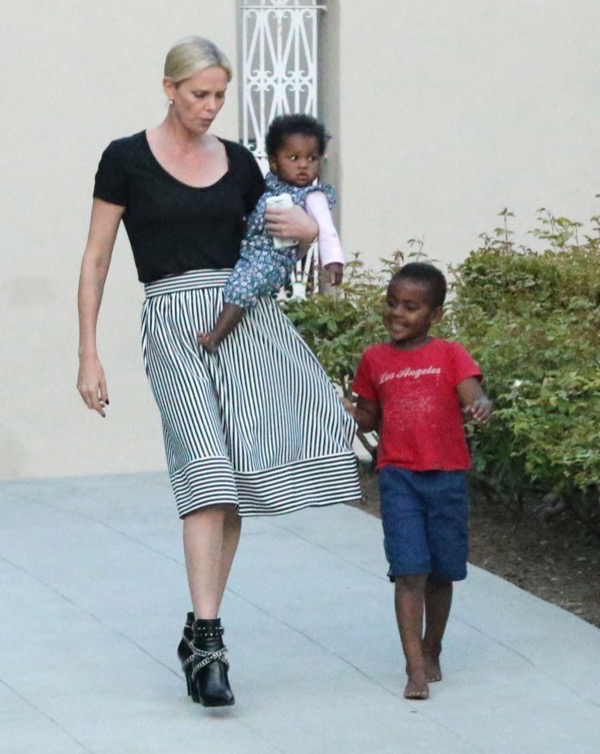 Charlize Theron was seen taking her kids Jackson and August to a birthday party in Los Angeles, CA on Sunday (May 29).

The Huntsman: Winter’s War was dressed in a black t-shirt and a matching striped shirt and chained booties. She carried her daughter on her hip while a shoeless Jackson walked besides them.

Theron recently spoke about the difficulty of managing a successful acting career with her family life.

“It’s challenging but we manage,” she shares. “I work, but my children are my priority. Nothing’s better than the sound of little ones cracking up at something funny; I’m now at my most comfortable waking up with my kids, going to the beach and relaxing over a meal with friends …” she told Australia’s Sunday Style.

Meanwhile, its been confirmed that Theron will be cast in the upcoming Fast & Furious 8 movie.

Alessandra Ambrosio Out And About With Noah