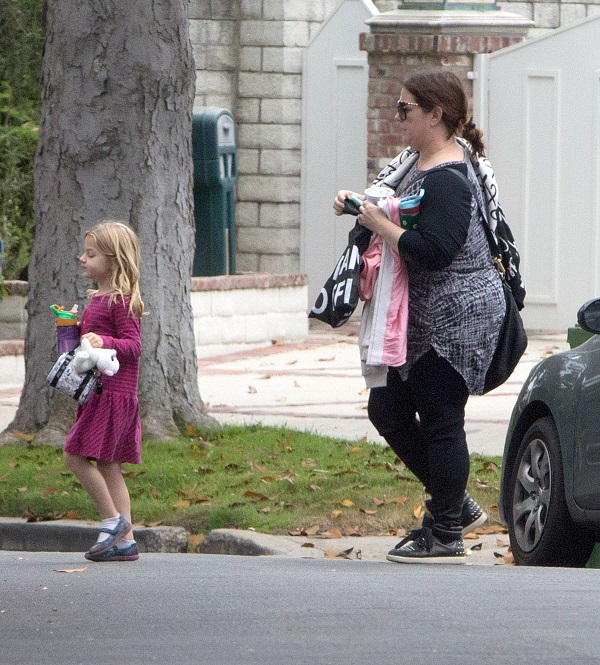 Vivian and Georgette are growing up SO fast!  Melissa McCarthy and her husband recently celebrated their 10 year  wedding anniversary the couple was married back in 2005.  9 year old Vivian Falcone was born on March 5 2007.  Her little sister Georgette came along three years later, in 2010.  You might recognize Vivian from her brief role on her mom’s film ‘The Boss,’ she played the young version of her mother in flashbacks.

Melissa was actually pregnant with Vivian when she formed the final season of Gilmore Girls as Suki James, and her pregnancy was written in to the storyline.  Recently McCarthy revealed on an episode of Ellen DeGeneres’ talk show that she was returning to the highly anticipated Netflix revival of Gilmore Girls.  Fans were a little disgruntled when word hit the internet that Suki James would not be a part of the revival, but McCarthy made the exciting announcement and revealed that “her people” had worked out the scheduling issues and she would be on the new Gilmore Girls show.

Earlier this year McCarthy opened up in an interview with People Magazine about how hilarious Vivian and Georgie are.  The actress dished, “It’s a balancing act. Kids are really smart. They pick up on everything and then you still have to not laugh in front of them as you tell them that something’s not appropriate, or something might be too aggressive. Then, when they leave the room … ”