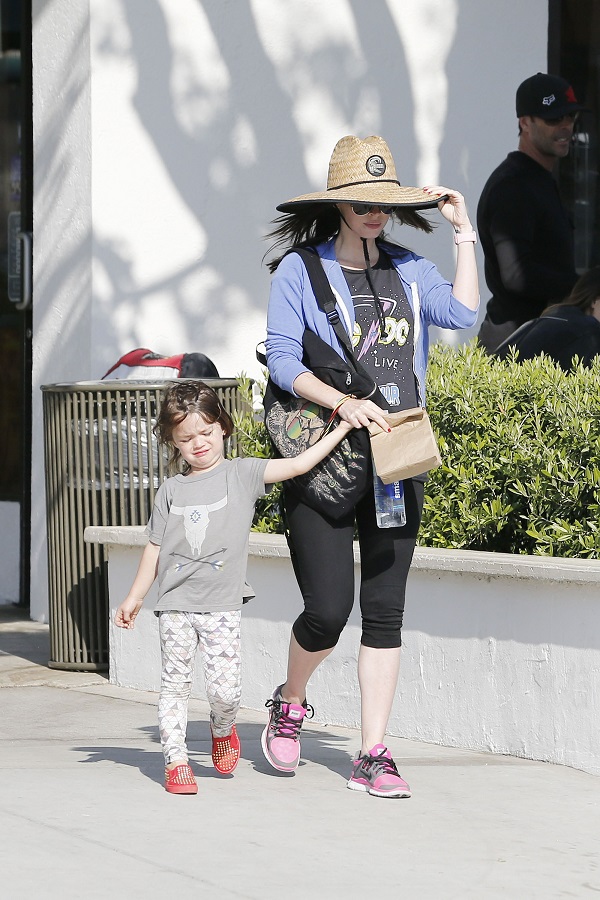 Actress Megan Fox recently confirmed that she is pregnant with baby number three, and she and husband Brian Austin Green have another child on the way.  But, Megan Fox isn’t letting her busy acting career and pregnancy get in the way of spending some quality time with her two boys Noah and Bodhi.  The actress stepped out with her family over the holiday weekend for some quality time.

On Sunday May 29, Megan and Brian were photographed at a park in Malibu, California.  The couple spent the afternoon with Noah and Bodhi, Megan’s baby bump was on full display while she and Brian sat at a bench and looked over the boys as they ran around the park, without a care in the world.  Earlier this year Megan Fox announced that she and Brian were filing for divorce, but they seemed to have put their differences behind them since learning they had a third child on the way.

Megan recently opened up about her pregnancy in an interview with Extra.  The ‘Teenage Mutant Ninja Turtles’ actress dished, “I feel great. I love being pregnant, which is, a lot of women don’t feel that way, it is really uncomfortable… by the way. It is painful at parts. I feel the overall process is an amazing one. I feel so productive creating a human person that I’m so excited to meet because I know that I have such a spiritual connection to them, so I can’t wait to meet this new member of my family.”