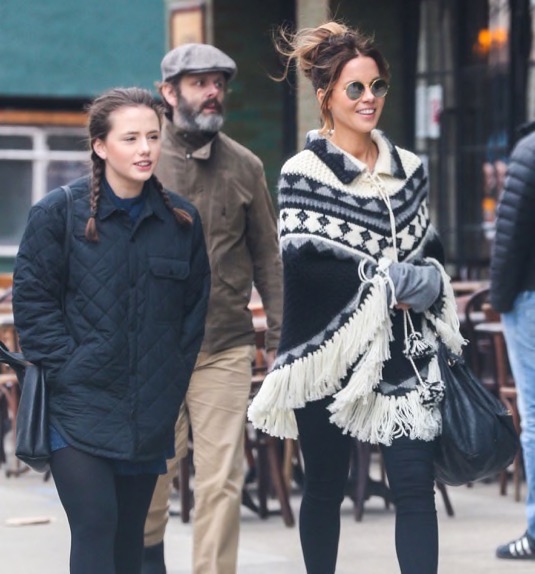 Kate Beckinsale was spotted out and about with her daughter Lily and her ex Michael Sheen in New York City, New York on Wednesday (April 6).

The Absolutely Anything actress was dressed in a knit poncho, black skinny jeans and booties. She was all smiles as she strolled through the busy city.

Beckinsale has said she okay with aging after seeing her father pass away at such a young age.

“I think you have to be as objective about that as possible and say, ‘There is nothing that serves my soul in wondering how crow’s feet are going to affect my life,” she told Glamour magazine in 2012.“It’s something to be resisted. Aging is going to happen and it should. My father died at 31, so to me aging is extremely preferable to the alternative, which is not aging. Every year I get past 31, I think, ‘Thank you”.”

She recently split from husband Len Wiseman, whom she married in 2004.