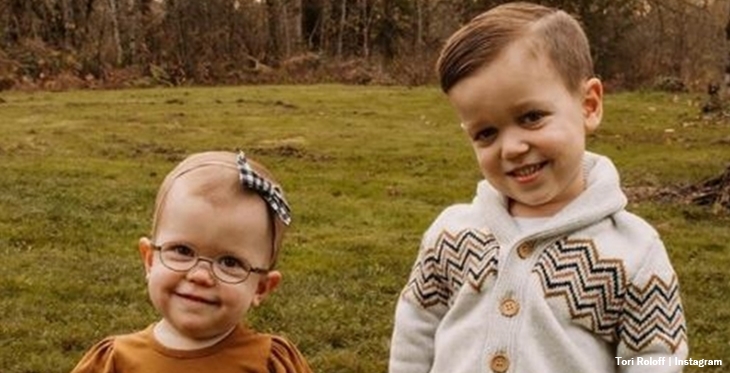 Little People, Big World fans see that Jackson Roloff is a stoic little boy. Well, that’s just as well, as he took it for the team when his little sister Lilah gatecrashed his date with his mom. At two years old, Lilah seems determined to be a part of everything her big brother gets up to. She is certainly starting young when it comes to spoiling her sibling’s date nights!

Tori Roloff always takes Jackson on a date night with her. Actually, she started long before Lilah arrived on the scene. Until now, Lilah, who just turned two, seemed content to let Jackson go out with his mom. However, she clearly grows her personality and definitely knows what she wants. Just the other day, Tori took both of the kids to watch Disney On Ice, so she probably realizes that dates are very special. Perhaps Jackson just experienced the first of many times that his little sister gatecrashes his dates.

Little People, Big World starlet,  Lilah Roloff will have a younger sibling by this time next year. Tori and Zach were delighted to announce that their rainbow baby comes along in spring next year. Hopefully, her date night gatecrashing doesn’t indicate that she might have some jealously and sibling rivalry with the newcomer. Of course, she’s been the baby in the family for a while now, and she might find it hard to adjust initially. However, Jackson is very sweet to her and maybe he will help his sister adjust to another baby in the home.

Tori took to her Instagram Stories on Thursday, November 25. She shared a photo of Lilah Roloff and Jackson. For Lilah, it was the first time she went out and watched a whole movie. Tori told her fans it was a “first movie” for her daughter. Then, she explained that it was actually a date night with her son, Jackson. However, plans changed, and Lilah was “clearly stoked to be involved.” Jackson sat in his movie seat and looked a bit resigned, but not unhappy. 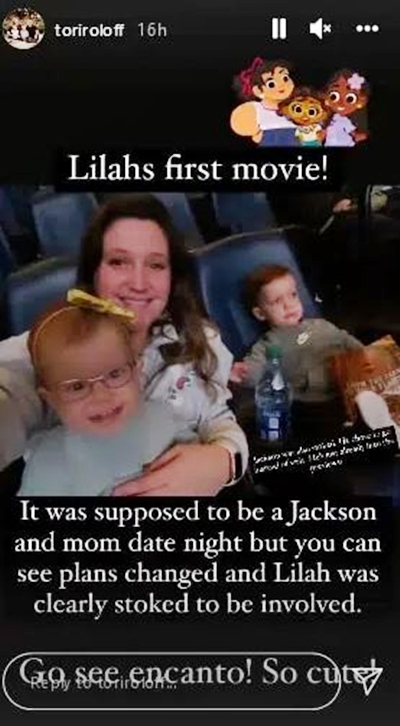 The Little People, Big World mom, unfortunately, posted the story so fans couldn’t comment. However, she seems very happy, as she also shared another post on her main Instagram page. It came in celebration of Thanksgiving and revealed more photos of the kids and Zach. Recently, she and Zach moved to Washington. There, they settle into their new home, and Tori seems very grateful for her abundant life.

Little People, Big World stars Lilah Roloff and Jackson looked very cute in the Thanksgiving post. Tori captioned it with, “give thanks to the Lord, for He is good. Psalm 136:1.”