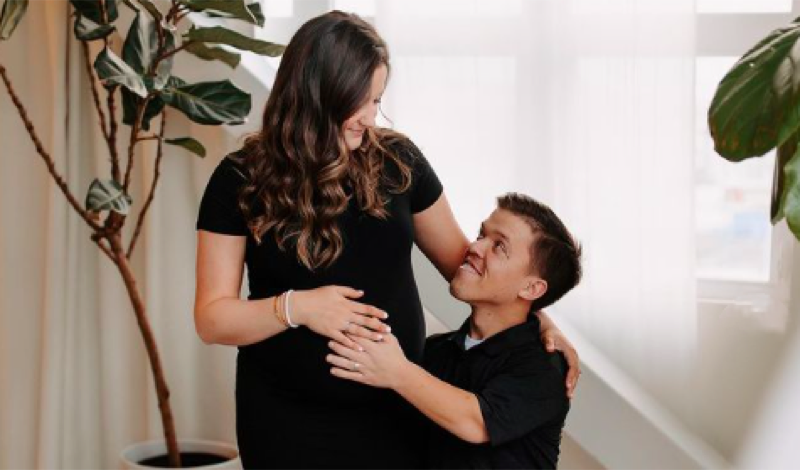 Little People Big World (LPBW) spoilers and updates reveal that Tori Roloff welcomed baby number three. This baby comes as a special blessing as previously, she suffered a devasting miscarriage. In fact, her experience and grief meant that for a long time, she couldn’t really enjoy her pregnancy. Now that baby arrived, she revealed the name and gender of her third child.

The mom of Lilah and Jackson just couldn’t wait for this baby to come along. Actually, several times, she posted about how big she felt, and she thought that baby dropped already. So, she urged her little one to come out into the world. Finally, the baby decided to give up the safe space inside her womb and arrived safely. The news came via Tori’s social media, and she said that the baby measured 19 1/2 inches long and weighed in at 7lbs 6 ounces. Actually, the baby is a bit less heavy and is shorter than Jackson, but that could relate to the fact that the delivery came slightly early.

Fans of Little People Big World waited eagerly for the gender reveal and the name that Zach and Tori chose. However, they decided to get a big surprise when the baby arrived. So, she chose gender-neutral clothing for her baby. Of course, as they didn’t know the gender, they couldn’t tell their fans what the name would be either. Well, now that baby arrived, she dished everything about the gender and told TLC fans the name that they chose for baby number 3.

Little People Big World: Is Tori’s Baby A Boy Or A Girl?

Taking to her Instagram three days after the new arrival, Tori Roloff posted up a cute photo of her baby all swaddled up. Actually, her many fans were startled to notice the resemblance to Jeremy Roloff. However, genetics can be odd and Zach is Jeremy’s twin, after all. Anyway, this is definitely a little Roloff, fans agree. Well, fans now know that the TLC couple welcomed a baby boy! So, Lilah and her big brother Jackson now have a little brother.

Little People Big World fans knew the gender because the couple named their third child Josiah Luke Roloff. Whilst fans liked the name Luke, not all that many people raved about Josiah.  In any event, they will probably give him a nickname. For example, they call Lilah “Bean,” and Jackson, “Mister Mister,” or “Baby J.”

Little People Big World star Tori Roloff didn’t mention whether her son is a little person like her husband and her other children. However, as the show is due to return to TLC soon, perhaps that reveal will come then.