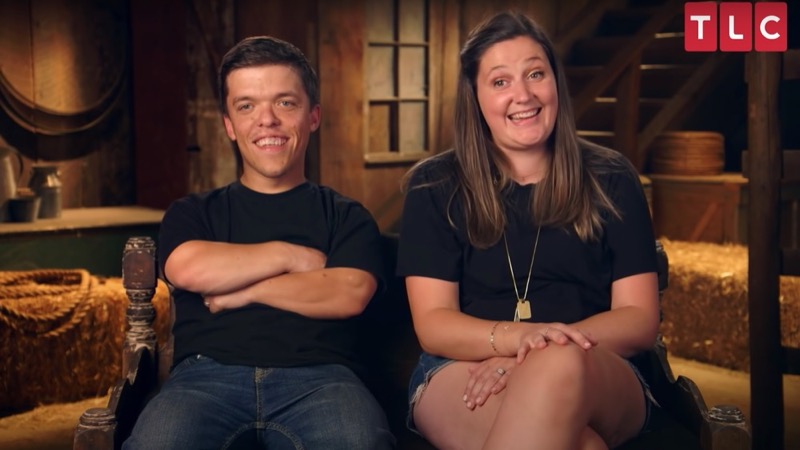 Little People, Big World (LPBW) star Tori Roloff welcomed her third child, Josiah Luke on April 30. She and her husband, Zach already feel like he was part of their little family forever. One week after the birth of Jackson and Lilah’s sibling, Tori took to Instagram and shared a photo of her new arrival. Here are five top photos that she shared during the first week of Josiah’s life.

When Zach’s wife started out on her new journey to motherhood, she felt down because she previously lost a child in a miscarriage. At one stage, she said that she couldn’t enjoy her pregnancy because the miscarriage overwhelmed her thoughts. Well, as she progressed into the third trimester, she cheered up. Probably, once she realized this baby would run to full term, she started enjoying herself again. Baby Josiah Luke Roloff arrived on 30 April, and she revealed the name that they chose.

The Little People, Big World star took her baby home, and on her birthday, she felt so emotional because Jackson and Lilah took to the new addition so well. It’s not always easy integrating a new sibling into the family. So, she talked about crying with happiness. Fortunately for fans, Tori didn’t follow the same path as her sister-in-law, Isabel Rock, so TLC fans see plenty of photos of all her children. We chose five of the best ones for you to see all in one place.

Tori Roloff didn’t know the gender of her child, so ahead of his arrival, she chose gender-neutral clothing. Finally, he arrived, and her very first photo introduced her son as Josiah Luke Roloff. He weighed in at 7lbs 6 and measured 19 1/2 inches long. Although her baby arrived a bit early, he was healthy and looked robust. Her very first photo showed him fast asleep, all swaddled up and comfy.

Of course, plenty of Little People, Big World fans loved the first reveal of the new baby. However, on Reddit and across social media, nobody anticipated the name, Josiah.

After sharing a photo of herself and Zack with Josiah, photos of the children enjoying their little brother arrived. Actually, ahead of the arrival, Tori told her TLC fans that she thought Lilah would be an excellent big sister. Then, in the first photo that came of the two children with Josiah, fans agreed that Lilah looked fiercely protective.

Little people, Big World fans gushed over the cute kid and decided that they saw a close resemblance to Jeremy Roloff in the new baby’s features.

In the comments of the photos, many TLC fans discussed whether Josiah, like his brother and sister, and dad, is a little person. Tori hasn’t yet revealed if he is, but no doubt, the news will arrive sooner rather than later.

Little People, Big World fans saw that Tori Roloff’s second child, Lilah seems obsessed with making sure that her brother always has his binky around. The cute kid was featured in several photos, insisting that Josiah sucked on it.

5) One Week of Cute Photos

On May 7, Tori Roloff took to her Instagram and shared a photo celebrating one week of Josiah with her family. She captioned her picture with, “One week lovin’ you,” adding, “One week of snuggles.” Then  talked about “handholding and binky finding.”

Once again, the Little People, Big World mom said, “It’s like you were always meant to be here Josiah. 🤍.”