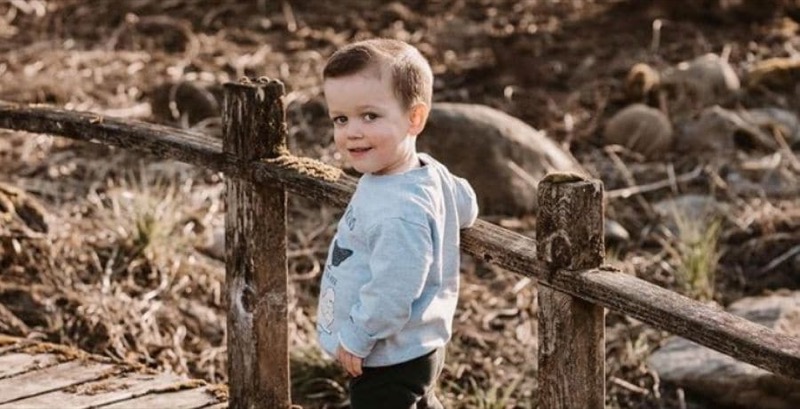 Jackson Roloff is one of the biggest favorites of TLC fans who watch Little people, Big World, (LPBW). Actually, back when Matt and Amy Roloff did nothing but bicker and drag each other, some people felt that Tori and Zach Roloff’s son saved the day. Full of cuteness since the day he opened his eyes on Planet Earth, probably hundreds of thousands of fans fell in love with the kid. Well, on March 24, 2022, he did something that might make fans wonder if he can possibly become any more adorable than he is already.

Jackson Roloff Won Fans Because of His Cute Appeal

Fans who followed Jackosn over the last four-and-a-half years never seem to struggle for the opportunity to use the word “cute” in his mom’s Instagram posts. Recall, they saw him looking too adorable for words at Jacob and  Isabel’s wedding. Of course, they also saw him stand out when Amy Roloff married Chris Marek. In-between, many adorable clips and photos emerged.

Jackson Roloff fans fear that he might face invasive surgery to help straighten his legs. Of course, nobody wishes that on the sweet little boy. So many of them really hope and pray that the slower, but less invasive surgery he underwent in December works for him. Well, it turns out that he’s not just cute, but he’s also a generous romantic. Tori naturally felt very blessed when she saw what her son got up to this week.

You might recall a few years ago, that Grandpa Matt picked up a lot of heat for giving Jackson a little Mule buggy for Christmas. Well, it turned out that he simply loves it. Sometimes, Tori reveals Jackson taking his sister Lilah out pretending to be on a safari in it. This week, she saw him outside next to a heap of dirt doing something, So, she filmed his move. After crouching down, he looked towards the house, mounted up in the Mule, and drove back to Tori. There, he presented her with a beautiful flower.

The Little people, Big Word star wrote about Jackson Roloff in her caption. Tori said, “I actually have no idea how I got so incredibly blessed with this child.” Well, she was also blessed with a very sweet little girl named Lilah and soon, she expects her third child. Between her two existing kids, there’s enough cuteness to fill half the world with joy. So, no doubt three children will only add to that. These days, with so much ugliness in life, LPBW fans never grow tired of seeing more of the kids.

If the TLC show comes to an end, then fans hope like crazy that at least Tori, Zach, Lilah, the new baby, and Jackson Roloff get their own spinoff. These days, fan-favorite shows like The Little Couple bring no news of a renewal. Meanwhile, Adam Busby hinted strongly that there won’t be any new OutDaugherred seasons. Plus, Sweet Home Sextuples ended. So, fans were very relieved when Tori told them that for now, they will continue to film.

The Young And The Restless (Y&R) Spoilers: Taylor Lights Up LA – Diane Lives?