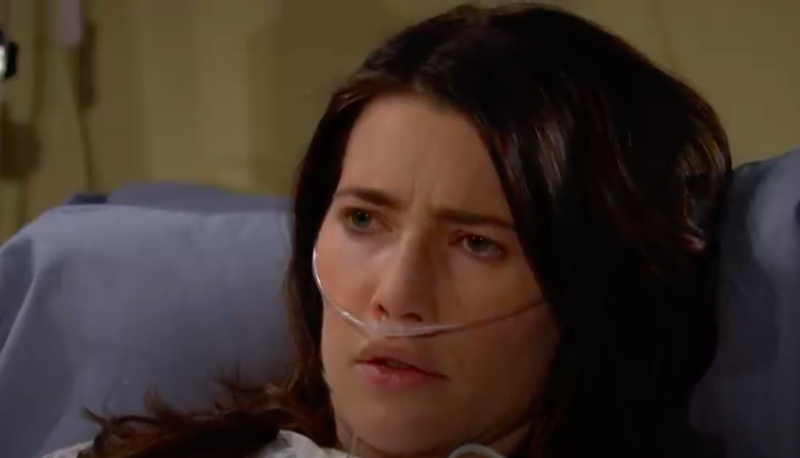 The Bold and the Beautiful (B&B) spoilers and updates tease that Steffy Forrester Finnegan (Jacqueline MacInnes Wood) remembers her late husband. However, she claims to not know details about the shooting. It’s possible that Steffy does remember who pulled the trigger. However, Steffy could have a plan in mind to make sure Sheila Carter (Kimberlin Brown) doesn’t get away with it.

The Bold And The Beautiful Spoilers – Remembering John Finnegan

In the weekly preview, Steffy asks to see her son. Then, she wants to know why Finn isn’t in her hospital room. That is when Steffy’s loved ones let her know that Finn didn’t survive the shooting.

The Bold And The Beautiful Updates – Killer Move

It is teased that Sheila will go into full panic mode. Steffy still doesn’t remember who pulled the trigger, though. Even so, Sheila knows that Steffy will probably get those memories back. After all, Deputy Chief Bradley Baker (Dan Martin) and Ridge Forrester (Thorsten Kaye) will continue trying to jog Steffy’s memory.

Sheila reacts by taking steps to kill Steffy again. This time, Sheila plans on putting Steffy into the morgue instead of a coma. However, it is stated that something thwarts Sheila’s plan. Notice that it says “something” and not “someone.” So, could Steffy open her eyes and say something that makes Sheila stop her murderous act?

The Bold and the Beautiful spoilers reveal that Steffy could remember that Sheila shot her and Finn. Steffy could name Sheila as the shooter, and she would get arrested right there. However, Sheila has shot people before. Sheila never stayed in prison long and Steffy will want to be sure that doesn’t happen again. Steffy could want country justice for Finn’s death. 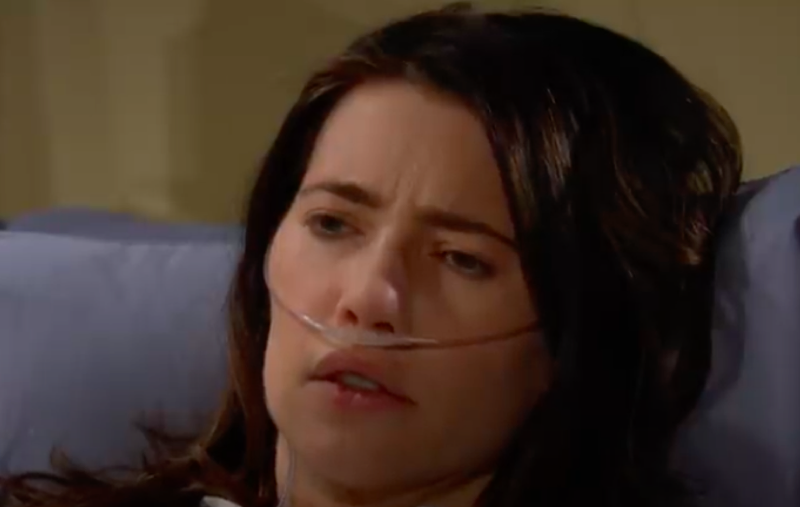 While Steffy might have her own plan of vengeance, she’s not the only one seeking justice. Ridge has promised to make whoever shot “SINN” pay the price. Baker wants this case solved. Meanwhile, Liam and Bill Spencer (Don Diamont) also make a vow to get justice on Steffy’s behalf.

The Bold And The Beautiful (B&B) Comings and Goings: Tiny Tot Recast Due To SORAS

What do you think is going to happen with Sheila and Steffy? Does Steffy remember the shooting but want to be sure Sheila pays the ultimate price? Could this turn into a murder mystery storyline? Share your thoughts and remember to keep watching the CBS soap to see what happens next.