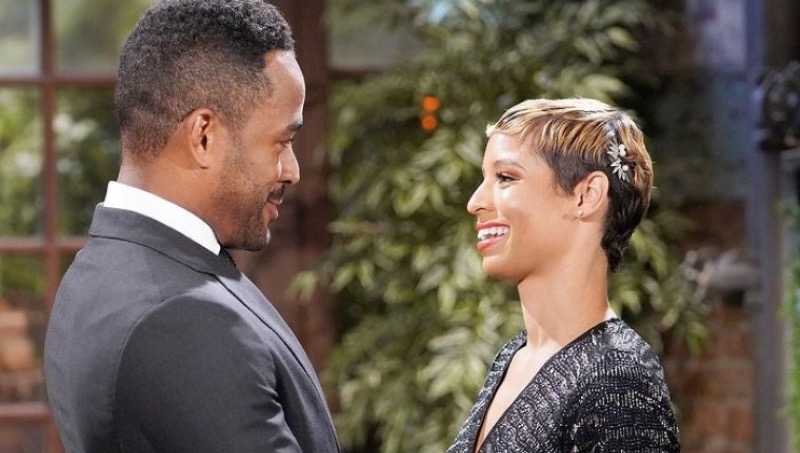 The Young and the Restless (Y&R) spoilers and updates tease Dr. Nate Hastings (Sean Dominic) has been making changes to his life. Nate has been in a relationship with Dr. Elena Dawson (Brytini Sarpy). Nate has decided to take his career in a different direction. Nate was working at the hospital in an administrative position but has decided to go to work for Devon Hamilton (Bryton James). Devon wants Nate to be his Chief Operating Officer at Hamilton-Winters. Nate will cross paths with Imani Benedict (Leigh-Ann Rose) while working for Devon.

The Young And The Restless Spoilers – Imani Benedict Out To Win Dr. Nate Hastings’ Love

Imani has wanted to find a way to get Nate to want to be with her. Imani may be able to get to spend time with Nate because he working with Devon. Imani and her sister Amanda Sinclair (Mishael Morgan) have become the legal representatives for Chancellor Industries. Devon is working with his sister Lily Winters (Christel Khalil) to merge Hamilton-Winters with Chancellor Industries. Devon will need Nate to help him to make the merger a success. Nate may find that he is working closely with Imani on the merger. Imani will be delighted to get to work with Nate. Imani may use their working relationship to try to get closer to Nate.

Elena has been trying to support the decisions that Nate has been making about his career. Elena knows that Nate has not felt fulfilled working at the hospital. Nate has not been able to go back to his job as a surgeon because his hands were injured in an accident. Nate had thought that he might take a job working for Ashland Locke (Robert Newman) and Victoria Newman (Amelia Heinle) at Newman Locke. Nate had become friends with Ashland because Ashland had cancer. Nate found out that Ashland was pretending to have cancer and decided to that he did not want to work with him and Victoria. Elena has wanted to help Nate to deal with losing Ashland as his friend. Elena was happy that Nate was going to be working for Devon. Elena may find that she has to worry about Nate working at Hamilton-Winters because of Imani. Elena will want to make sure that Imani does not find a way to take Nate away from her. 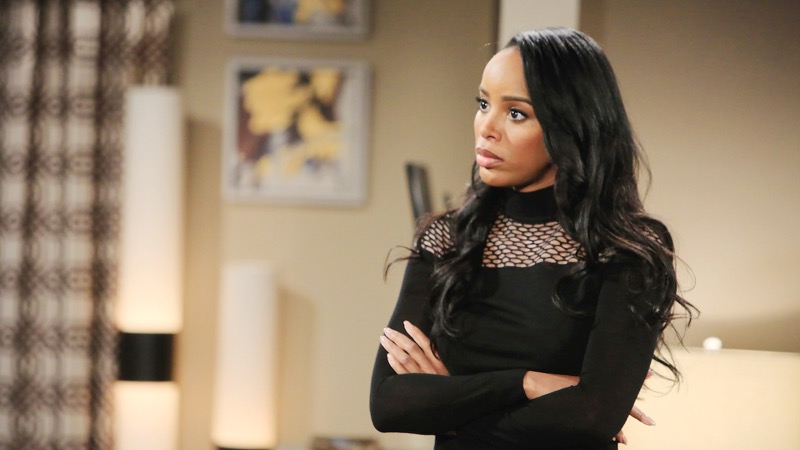 The Young and the Restless Nate is going to find that he may have to make a choice between Elena and Imani. Nate is in a stable relationship with Elena. Nate does not want to lose Elena but may find that he is tempted by Imani. Will Nate find himself drawn to Imani because they are working together?

Elena will need to keep Imani away from Nate. Can Elena keep Imani from coming between her and Nate? Elena and Imani are determined to be the ones that Nate wants to be with. Will Nate make the right choice between Elena and Imani? Be sure to catch up on everything happening with Y&R right now. Come back here often for The Young and the Restless spoilers, news, and updates.