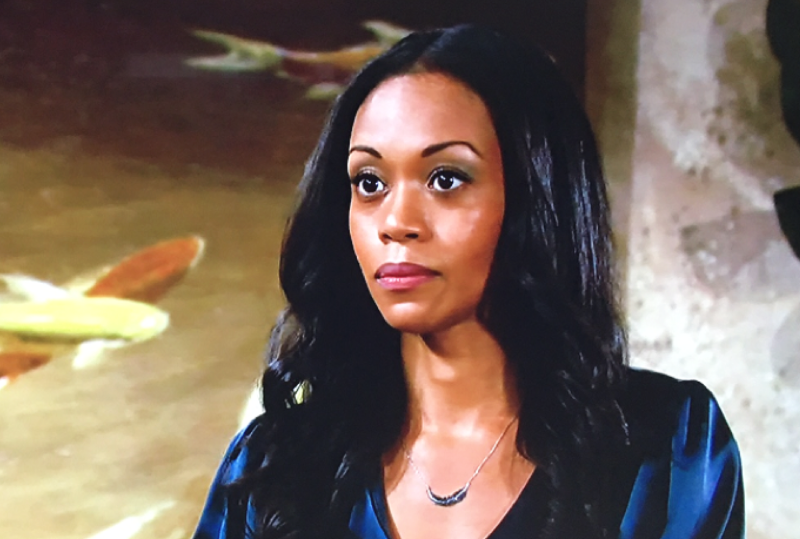 Family is not something that Amanda had when she was growing up. As Y&R fans recall, Morgan’s second character is the twin girl that Naya gave to an orphanage.

In recent months Amanda confirmed that her father, Richard Nealon (no actor’s name known for this retrospective role), died because of a political career-based decision her grandfather, Sutton Ames (Jack Landron), made. That establishes the coming court case that will be seen this fall on B&B, where Sutton will be tried for Richard’s murder.

The Young And The Restless Spoilers – Love Match Is Real

Amanda’s arrival in Genoa City, Wisconsin, was orchestrated by Colin Atkinson (Tristan Rogers), who is Cane Ashby’s (Daniel Goddard) sneaky father. Rogers’ character learned about Amanda’s incredible resemblance to Hilary Hamilton (Morgan). But the details of how he came to know that information were soapy.

Colin never made direct physical contact with Amanda and only spoke with her by phone. Amanda later described his demeanor as that of a jerk. 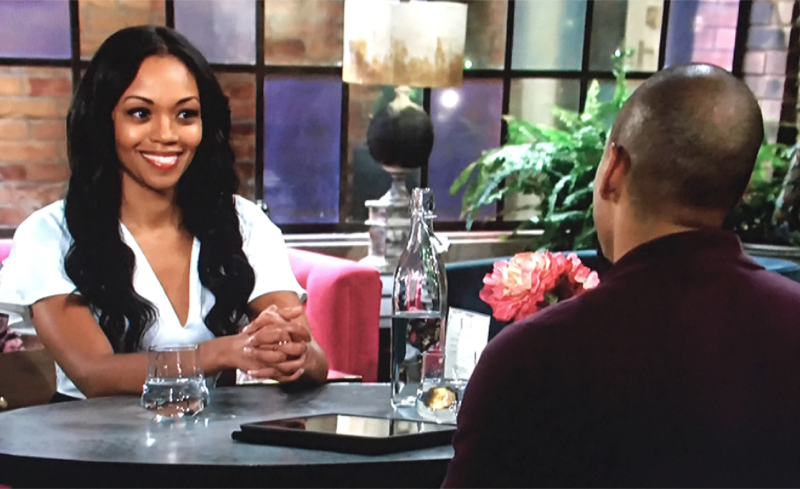 She was picked to purposely scramble Devon’s brain. Colin intentionally used her eerie, Dark Shadows like resemblance to a deceased character, meaning Hilary. Colin’s scheme, which Amanda did not know she was furthering, temporarily caused Devon’s inheritance from his grandmother and the Chancellor matriarch, Katherine Chancellor (Jeanne Cooper), to be stolen.

All was eventually righted and while it was not Colin’s intention, pushing Amanda to Devon is the origin of their unusual love story.

The Young And The Restless Updates – Dark Shadows Reference Link

Y&R is an iconic soap. Decades ago (1966-1971), Dark Shadows was as well. That daytime drama was also a horror show, which included many main characters. One of them was named Victoria Winters (played by Alexandra Moltke, also known as Alexandra Isles, for the bulk of the series run).

Victoria (who was also played by Betsy Durkin and Carolyn Groves, for very brief periods after Moltke left the cast) arrived in Collinsport, Maine, under mysterious circumstances to serve as David Collins’ (David Henesy) governess. While it was never proven, Victoria may have been the daughter of Collin’s matriarch, Elizabeth Collins Stoddard (Joan Bennett).

Victoria, who was a baby at the time, was left at what was then called a foundling home (an orphanage) in New York during the winter. A written note said that her first name was Victoria. She was given the last name Winters due to the season of the year.

As of the fall of 2021, Devon is thinking clearly. He will always fondly recall his late wife and Amanda’s twin sister, Hilary. But Morgan’s second character has become Devon’s new soulmate.

Amanda is very different than Hilary, underscoring those who assert that one’s environment helps to shape a person’s life. Devon does not see Amanda as Hilary’s replacement. Instead, she projects as his next wife.