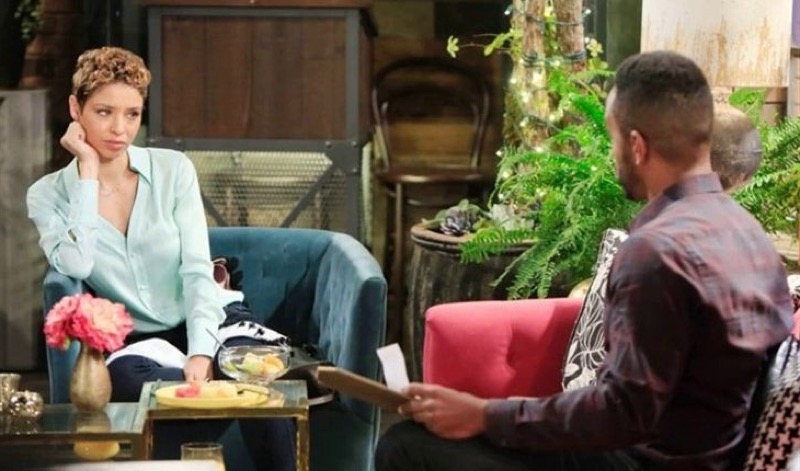 The Young and the Restless (Y&R) spoilers and updates tease that Nate Hastings (Sean Dominic) is committed to Elena Dawson (Brytni Sarpy). She used to be committed to Devon Hamilton (Bryton James), as devoted viewers recall.

Imani Benedict (Leigh-Ann Rose) could care less about Nate and Elena’s relationship. However, she wanted details about how Elena and Nate came together.

Elena’s mistakes in telling Imani her romantic backstory and believing she can be dealt with appear to widen the opportunity Imani senses in Genoa City, Wisconsin.

Amanda Sinclair (Mishael Morgan) is not as brash as her late sister, Hilary Hamilton (Morgan). While they share an identical, gorgeous look, their personalities are starkly different.

But Amanda’s other sister, Imani, is not an identical twin. Her persona veers more toward Hilary, in that she wants what she wants.

Imani initially listened respectfully to Amanda when she began telling her to respect Nate and Elena’s bond. However, Imani grew tired of being scolded.

Imani either has no relationship experience, it is limited, or she has one or more bad experiences that she does not want to reference. Why else would so little mention be made regarding past romance?

Rose’s character served to lengthen Amanda’s backstory. Y&R’s writing staff created a different track for Morgan’s second character when allowing Amanda to discover her birth mother and that side of her family.

Having Imani move to GC and become a partner in the law firm Amanda started enhances the show, as it incorporates another interesting character into the show. 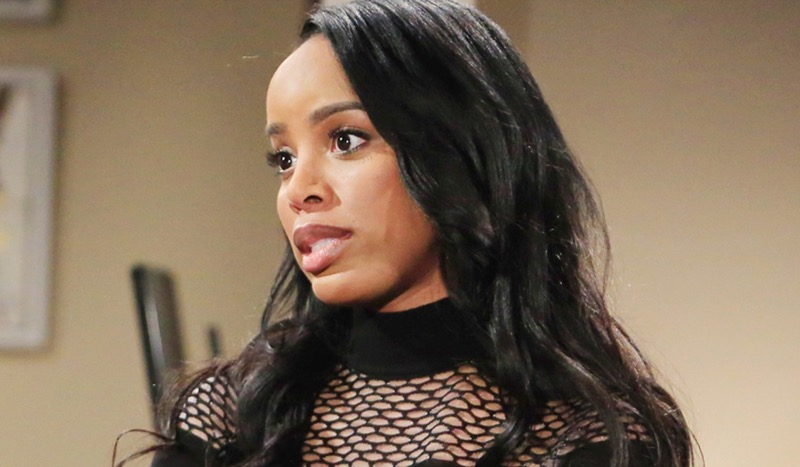 What About Elena Dawson?

Elena’s story is being offered last in this feature. That goes along with the push in this storyline to make Imani a more prominent part of the show.

Devon and Elena do not share a long history. They are not married and do not have children. So, this pairing is not solid and Imani, like the viewers, knows it.

Nate is currently in love with Elena. He has sloughed off Imani to date. But her high appeal and persistence imply that Imani will make herself an option indefinitely.

Imani believes that she can best Elena if Nate faces a choice between the two. The drama Nate is about to face, as a result of merger decisions, will also play into the couple’s conflict.

The Bold And The Beautiful Spoilers Next 2 Weeks: Eric’s Intervention, Finn Wakes Up, Li Confronted