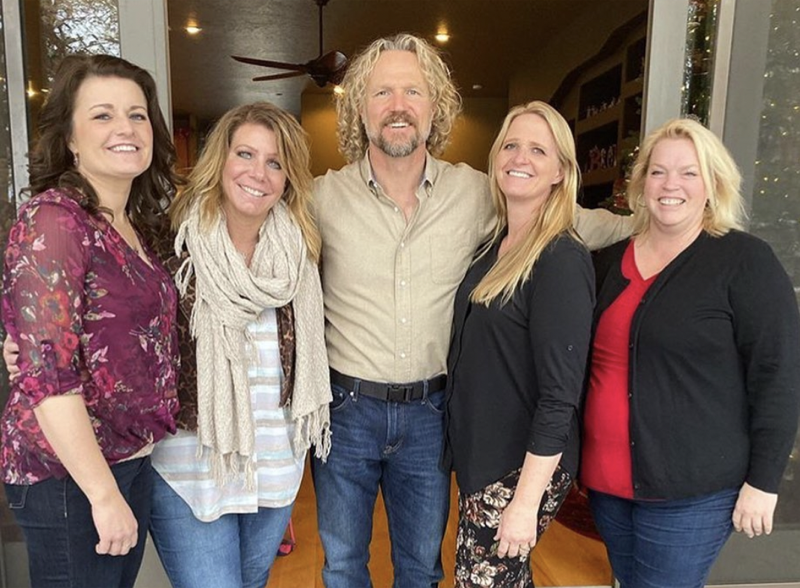 Sister Wives fans know that Kody Brown and his four wives have 18 children altogether. Well, the majority of them are now young adults and they no longer live with their parents. The family started fracturing when they relocated to Flagstaff, Arizona, but some of the kids left even before that. So, as 2021 nears an end, where do they all live these days?

Kody and Meri only had one child, Mariah. Then Janelle and Kody raised six children, Logan, Hunter, Maddie, Garrison, Gabriel, and Savanah. Meanwhile, Christine has six kids well: Apsyn, Mykelti, Paedon, Gwendolyn, Ysabel, and Truely. Finally, Robyn Brown came into the marriage with Dayton, Aurora Alice, and Breanna Rose Preston. Since then, she and Kody had two more kids, Solomon, and Arielle Mae.

Despite having is many kids, Sister Wives star Kody only has three grandchildren, Maddie Brown Brush’s Axel and Evie, and Mykelti’s new baby, Avalon. The kids that remain at home with their parents include Truely, Savanah, and Robyn’s kids, Dayton, Aurora, Solomon, Arielle, and  Breanna.  So far, only three of the kids, Aspyn, Maddie, and Mykelti married. So, as time went by, the huge family became more distant from each other. Where are all the adults now?

These days, Truely, still a young teen lives with her mom in Murray Salt Lake City. Asypn and her husband Mitch Thompson live close by. She still works in retail and might remain a manager with Kendra Scott. Myketli and her husband Tony Padron previously lived near Paedon in St. George. Paedon’s in the US Army there. But, Mykelti relocated to Lehi, not far from her sister Aspyn. Tony apparently works for himself while Mykleti raises her daughter, Avalon.

Meanwhile. Sister Wives star Meri’s daughter Mariah left Chicago where she studied and she and her fiance Audrey Kriss also live in Salt Lake City, Utah. TLC Fans await an announcement about a wedding date. Recently Our Teen Trends reported that Audrey Kriss came out as trans in an update. Perhaps one day, fans will see them finally tie the knot in a wedding special.

The adult kids from Sister Wives still staying in Flagstaff include Robyn’s three oldest from her previous marriage. The two oldest remain at home while they complete their studies at Northern Arizona University. Plus, Garrison apparently lives in a renovated trailer there and works in some sort of building industry. Meanwhile, it’s not clear where Gwendlyn and Gabriel live, but they both attend Northern Arizona University. Fans know that Gabriel wasn’t living with her mom in the RV this spring and summer.

Meanwhile, Christine’s daughter Ysabel relocated and now lives in Greensville in North Carolina with Maddie Brown Brush. She attends college there now. Meanwhile, Maddie raises the kids and studies at home while Caleb works in maintenance and repairs.

Hunter used to live with his mom. But he went off and joined the Airforce. Nowadays he studies in Maryland at the school of nursing at Johns Hopkins. Meanwhile, his oldest brother Logan, featured on Sister Wives years ago lives in Nevada, and he and his fiance Michelle Petty plan on marrying next year.