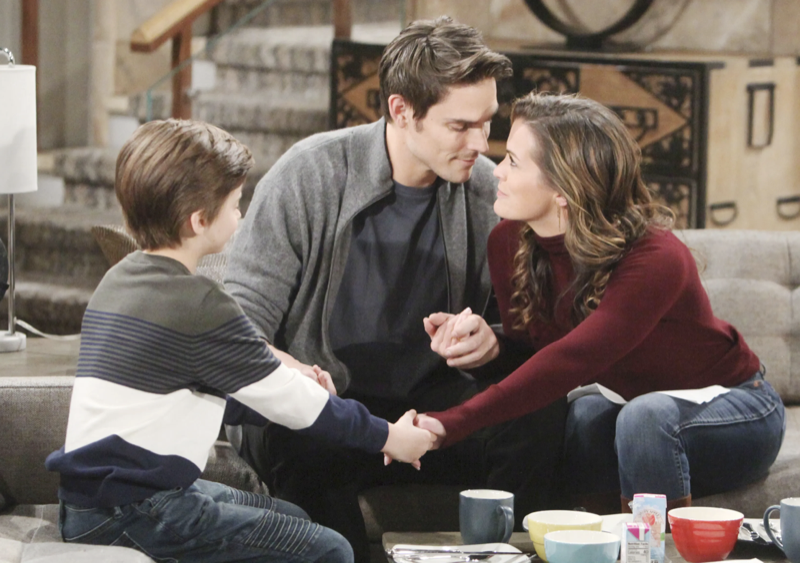 The Young and the Restless (Y&R) spoilers document that Adam Newman (Mark Grossman) has changed. He is committed to not being the bratty boy who wants to lash out at everyone in Genoa City, Wisconsin.

Noah Newman (Rory Gibson) was the latest person to notice that Adam is behaving differently. Sharon Rosales (Sharon Case) has been encouraging her son and others to give Adam a chance, with a redemption opportunity being in order.

Sally Spectra (Courtney Hope) never knew the old Adam. She is drawn to the current persona, with Grossman’s character having her on his radar as well.

To say that Victor Newman’s (Eric Braeden) children are high-maintenance would be fair. However, it is also right to claim that Braeden’s character created an unstable atmosphere during their childhoods that created many negative ripple effects.

Nick Newman (Joshua Morrow) perceives something sinister. He has long stated, and again is claiming, that his father pits his children against each other.

That assessment is harsh. While some of what Nick feels can be backed with evidence, it is arguably untrue in 2021.

Adam is not Victor’s pawn. He is the one son who likes business and agreed to work with his dad at Newman Media. Nick would never do that.

Nick does not want his dad to have a say in his life. Morrow’s character also blocks, as best he can, Victor influencing the lives of Nick’s children.

Whether he realizes it or not, Nick is making Adam look good in comparison. Adam is not stirring trouble. Instead, he is offering olive branches. Nick sees those branches and feels compelled to state they are fake.

Adam has to keep an eye out for Nick. While the brothers more recently buried the hatchet, Nick can not be trusted. That is a full role reversal.

Young And The Restless Spoilers – Chelsea Lawson Brings The Drama Back

Adam is mostly responsible for Chelsea Lawson’s (Melissa Claire Egan) attitude. She despises Adam and believes that he has shut her out of their son’s life.

Chelsea is set to return to GC, which means that drama will be unavoidable. He ended Chadam but will not be able to shut Chelsea down.

Information overload is a challenge every resident of this famous Wisconsin town faces. As for Adam, he has returned to his father but still faces Newman family drama. Along with that, the Chadam family issues will persist and likely build.