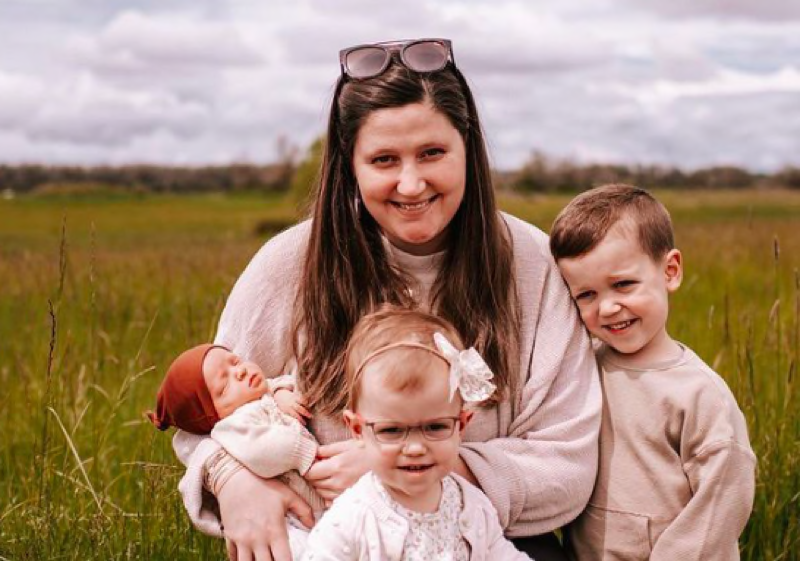 Little People Big World star Tori Roloff welcomed her new baby, Josiah Luke at the end of May. He’s doing well, and recently, she told her TLC fans that he’s already trying to turn over by himself. However, on the feeding front, she struggles a lot. Actually, she sounds pretty desperate at the moment. So, what’s the matter, and can it be resolved quickly?

Three days after her baby was delivered, Tori revealed the cute little guy to her fans. They found out that she had another boy. Additionally, they selected the names Josiah Luke Roloff for their son. However, although she looked happy, Zach’s wife later revealed that she was in dreadful pain after her third C-Section. In fact, she felt so bad that she said that she considered “calling 911.”

Once the Little People Big World star got over the original pain, she started sharing lots of pictures of Jackson and Lilah with their baby brother. In fact, she literally photobombed her site with them. However, fans don’t mind because they adore the kids. Jackson won them over first and Lilah found her own set of fans who think she’s the cutest thing. However, it’s back to problems right now and their mom sounds really worried.

Tori Roloff took to her Instagram Stories on June 27 and told he fans that she struggles to avoid getting “mastitis.” She said, “I have a clogged duct and feel terrible.” Next, she talked about how she never experienced mastitis but she tried hard to avoid it. As a “clogged duct knocks [her] out,” she tries all sorts of things. For Instance, she talked about taking  “sunflower lecithin.” However, even nursing “as much as possible” doesn’t seem to help.

The Little People Big World star said that people suggested that she should try “Epsom salt and hot water in a hakaa.” Clearly, that didn’t work either. After a bit she returned, saying, “I’m getting desperate.” So, she asked if she should try “pumping?”

Is There An Easy Fix?

According to Healthline, Little People Big World star Tori Roloff needs to clear the duct or she could end up with a fever as it becomes mastitis. Although they recommend some things that Tori already tried, they suggest, “soaking your breast in a bowl of warm water and then massaging the clog.” Notably, it seems okay to pump while trying to get rid of the blockage.

Additionally, the article noted that she should let Josiah feed off the breast with the clogged duct first. Apparently, “babies tend to suck the hardest on the first breast they’re offered.”