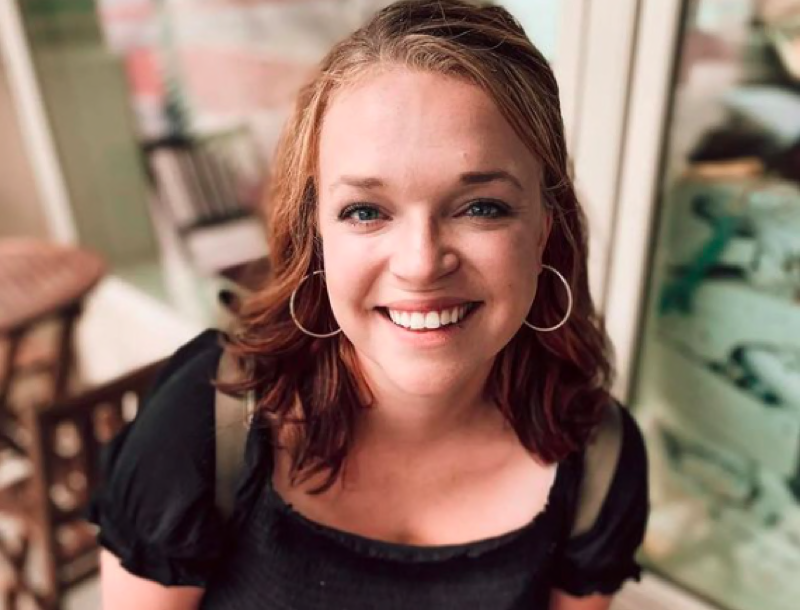 Sister Wives fans felt broken for Maddie Brown Brush when she welcomed her daughter, Evie-K. That’s because she arrived in the world with FATCO. TLC fans now know that it’s a rare condition that meant she lacked some digits. Additionally, she was missing some important bones in one leg. So, her mom and dad decided on a Boyd amputation so she could wear a false foot.  Instead of crying about it, Janelle’s daughter went all out with raising her daughter to have the heart of a lion. This week, she surprised her mom with something that got her sharing an emotional update on Instagram.

While Caleb and his wife obviously love their daughters, they realize that the world can be a harsh place. So, they don’t mollycoddle Evie-K. While the little girl’s reality might sound difficult for TLC fans, the fact is, that the sooner she learns to deal with her challenges, the better for her later on in life. These days, Kody Brown’s sweet grandchild likes to shop with her grandma. Or, this summer,  she acted like her mom, with a cup of something warm in front of the TV. However, her parents also encourage her to play outdoors to stay active.

Sister Wives fans see a very pretty little girl, with a massive zest for life. Actually, her challenges seem to make her appreciate other things in life to the full. Even something as simple as mac n’ cheese delights the cute kid. Who can resist a child who gets so excited about a meal? Obviously, Maddie has an admirer when it comes to her cooking skills. At the moment, Maddie is pregnant with a third child. So next year, Evie-K will become a big sister. In a recent update, her mom became a bit emotional about her daughter.

Maddie Brown Brush took to her Instagram Stories on Thursday and shared that she didn’t know whether to be “depressed or impressed.” Probably she felt depressed because her kiddo is missing some digits. However, she felt impressed because Evie did such a good job painting her own nails. In fact, the toenails on her false foot also got a makeover in brought pink. If you don’t know, the TLC star’s daughter is strong on fashion, determined to choose her own clothes, and becomes something of a fashionista.

As you can in the photo above, the Sister Wives kid proudly displayed her four fingers that looked so pretty. Short of one finger didn’t seem to bother her at all. However, it made her mom choke up a little bit. Right from the beginning of her journey in life, Maddie said that when it came to Evie, she planned to take life’s lemon and make it into lemonade. Clearly, her attitude worked, and she passed on the same philosophy to her courageous daughter.

Is A New Baby At Risk Of FATCO?

Sister Wives star Maddie Brown Brush announced her pregnancy recently. So, fans might worry if her third child is at risk of being born with FATCO as well. Well, it is a very rare genetic condition, but some people worry about genetics in polygamous families. In a Case Study on Polygamous Mormonism’s Genetic Disease Striking Home, one woman felt shocked to discover that so many kids in her extended family had clubbed feet. And in other cases, relatives ended up with other genetic conditions like Alport’s syndrome which can cause kidney damage.  Apparently, genetics in polygamy concern some experts because they so often marry into relationships with other relatives in their family line.

Reportedly, Maddie Brown Brush is related to her husband Caleb. When she became engaged to Caleb, Radar Online stated that she married “her aunt’s brother.” Whether that fact might pose a risk for another child with FATCO isn’t known. Hopefully, like her firstborn child Axel, no untoward issues arise this time.