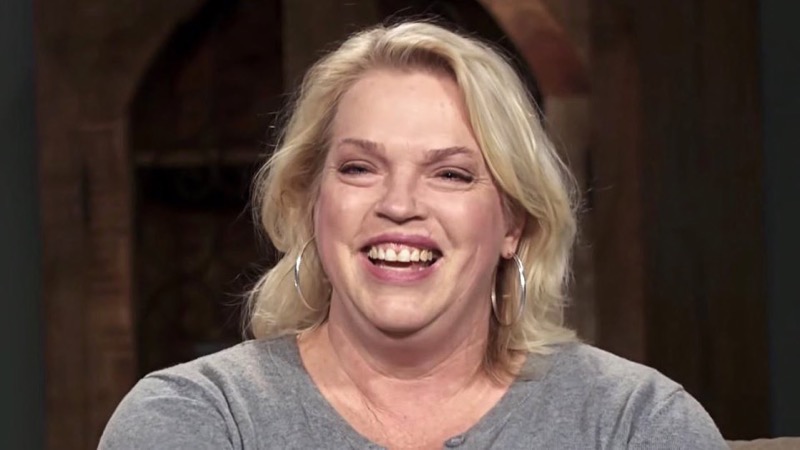 Sister Wives star Janelle Brown is a homely sort of person and she adores her six children. Although Christine helped to raise the kids, they all seem to enjoy catching up with their mom. So, one of her sons who lived quite far away made her smile when he moved closer to Flagstaff.

Kody’s second wife only has her daughter Savanah at home with her these days. Gabe is thought to be living on campus in Flagstaff. Meanwhile, Garrison has his own place. Of course, for years now, TLC fans knew that Logan moved to Nevada. And, Maddie Brush lives in North Carolina with the grandkids, Evie and Axel.

Sister Wives fans know that Hunter Brown spent years away from his mom. First, he went off to the Airforce Academy, and nowadays he’s a student nurse at John Hopkins in Maryland. At least, back in February, that was the case. But things seem to have changed now. Perhaps he finished his studies, or gets practical training outside of college.

On July 24, the proud mom took to her Instagram and shared a nice selfie of herself with Hunter. In her caption, she wrote, “This mommas heart is bursting ❤️. My son Hunter is “local-ish” for the first time in 7 years.” Then she explained, “He was home during Covid for a few months of course. But now he is truly “adulting” and not very far away from me.”

Sister Wives fans also like Hunter Brown a lot. So, they commented on the post. One of them wrote “Ohh it’s such a joy to have our kids close to home ❤️.”

Then another fan told Janelle Brown, “How wonderful! What a blessing!”

One admiring TLC fan said, “You’ve done a wonderful job parenting !!! And I have watched from day one ☝️.”

this comment also arrived: “How lovely for you and the rest of the family.”

On the odd occasion when Sister Wives fans saw Janelle Brown with her son, he always seemed helpful around the place. Additionally, he sometimes goes along with her when she visits the Farmers Market

Hopefully, now that he’s closer to home, fans will see much more of him. Actually, fans wouldn’t mind seeing more of Hunter Brown on the show, either.

What did you think of the photo that revealed Janelle smiling with joy to be reunited with her son again? Sound off in the comments below.