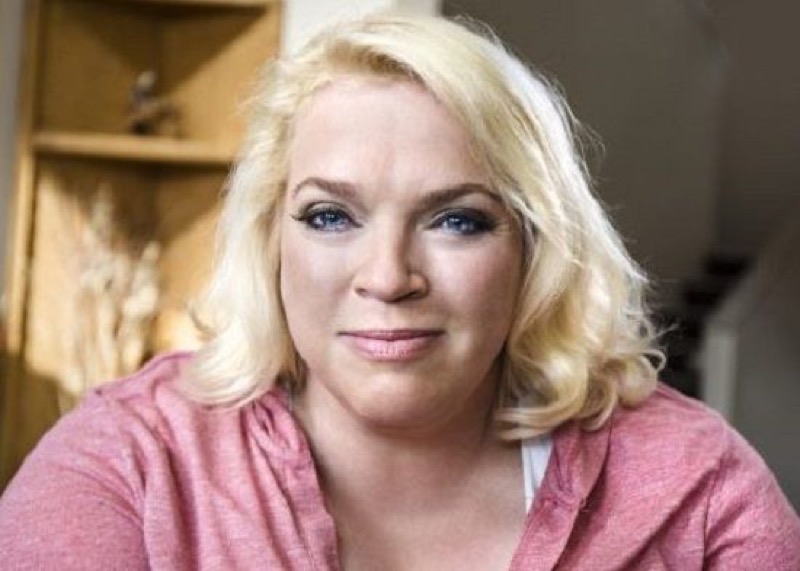 Sister Wives fans seem very fond of the kids in the Brown family. Of course, fans watched season 16 and they saw Gabe and Garrison clash with their dad Kody Brown over his social distancing rules. Many fans felt terribly sorry that the kids don’t seem to have a good relationship with a father. Well, Janelle Brown has a number of kids, including Hunter. Over the holidays, she got very excited because Hunter came home.

Only one child remains at home with Janelle at the moment. That’s the youngest child, Savanah. Her big sister Maddie Brown moved to North Carolina a while back. Happily married to Caleb, she raises her two cute kids, Axel and Evie-K. Plus, the oldest son, Logan went off to study and work in Nevada. Although Gabe and Garrison remain in Flagstaff, Garrison purchased his own place and TLC fans suspect that Gabe might stay in residence at the university. Recall, Janelle lived in an RV last summer, and there wasn’t much room in it. Meanwhile, Hunter joined the Airforce Academy and nowadays he’s a student nurse at John Hopkins in Maryland.

Actually, the adult kids of the Sister Wives stars went in all directions. However, some of them opted for Utah. Christine’s son Paedon, his sister Mykelti, and Aspyn all live there. Of course, TLC fans know after Season 16, that Christine also lives there. So, she gets to see a lot of her grandchild, Avalon. Finally, Ysabel graduated from High School and she stays with her half-sister Maddie brown Brush. However, Janelle doesn’t get to see Hunter as often as Christine sees her kids. So, she always gets excited when he visits her.

On February 8, Janelle took to her Instagram and dumped about six photos of Hunter. It’s his birthday, and the proud mom shared photos of him messing about with his brothers, wearing his air Force Academy graduation uniform, and a photo of him as a trainee nurse at the John Hopkins hospital.

She told her TLC fans that Hunter just turned 25 years old. She talked about how he knows when to be serious and when to have fun. Additionally, she mentioned that she feels very proud of him.

In response, Sister Wives fans sent in a lot of birthday greetings to her son. However, many of them congratulated Janelle Brown. They think that she did a fantastic job when she raised her six kids. All of them seem very popular with TLC fans and they like the fact that Hunter seems particularly nurturing in his choice of career.

Did You Know That Hunter Is 25 already?

Sister Wives has been around for a long time now. When fans first tuned in, they saw that Janelle’s son Logan was a role model to the younger kids. Plus, he stood in place of his often absent father, Kody. Back then. Gabe was still a little kid and Garrison was of the age where he fooled around with Hunter quite a lot. As you can see from the photos above, the brothers still engaged in a lot of fun with Hunter. For fans though, it seems incredible that he is already 25 years old what are your thoughts? Sound off in the comments below