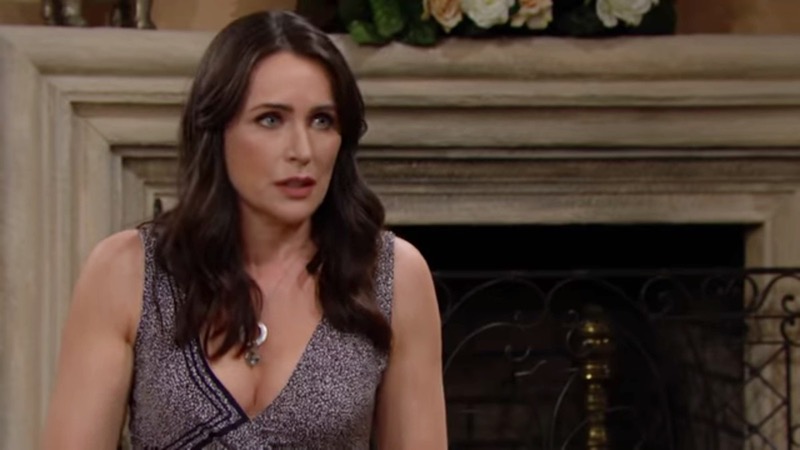 The Bold and the Beautiful (B&B) spoilers and updates tease that Quinn Forrester (Rena Sofer) could be inserting herself back in Carter Walton’s (Lawrence Saint-Victor) orbit—but it may not be in the way you think.

Not so long ago these illicit, then sanctioned, lovers, ended a whirlwind, scandalous and controversial affair. They have been careful to keep their distance from each other but that will change when Quinn finds out Carter is being harassed and harangued by Paris Buckingham’s (Diamond White) mom Grace Buckingham (Cassandra Creech).

The Bold And The Beautiful Spoilers – Grace Buckingham And Quinn Forrester Go Toe To Toe?

Right now Carter is doing a slow dance with Paris, much to Grace’s chagrin. She has taken it upon herself to chastise, shame, and otherwise get up in his grill in an effort to squash any romance before it can begin. Why? Because Grace sees official Forrester, Zende (Delon DeMetz) as a much better catch than mere C-level exec and company lawyer. Carter ain’t shabby, but in the pecking order, Zende has more potential according to mama bear Grace.

She is doing everything in her power to bust up the attraction between her baby girl and Carter and when Quinn finds out she comes to her former lover’s defense. Ruh-roh.

The Bold And The Beautiful Updates – Quinn Forrester Meddles

So far Grace’s exhortations have kept shirtless Carter in line. He likes Paris and wants a fling, but his disastrous fling with Quinn, combined with Grace’s fire breathing, has him acting conservatively.

Carter did a lot of damage by sleeping with his bosses wife and he doesn’t want the Forresters to hate him all over again. Plus he wants to be a true friend to Zende Forrester Dominguez (Delon de Metz).

Now that Carter has ended things with Paris, Grace is pleased and celebrating her victory. Not so fast! 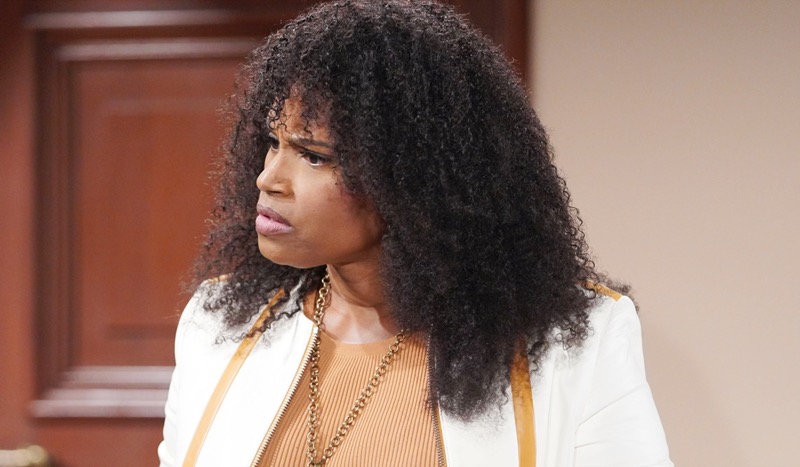 If Quinn thinks Grace is meddling in Carter’s life, she will act brashly to protect her friend. Grace is aware of what went down between Carter and Eric’s wife, and is not demure—we can tote see her erupting like a volcano to make her mark. Meow!

Quinn asks about Zende’s marriage proposal to Paris since she designed the engagement ring. He says they are now in an open relationship and Quinn realizes that Carter tipped Paris off, followed by a realization that Carter has fallen hard for Paris, leading her to support his new romance.

Will Grace and Quinn tangle due to their opposite points of view?

Look for Quinn to insert her nose where it doesn’t belong causing a conflict with grace. Meow!