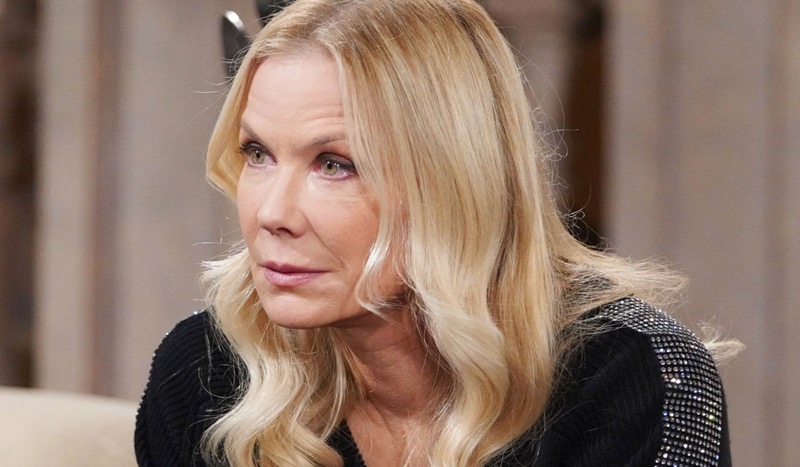 The Bold and the Beautiful (B&B) spoilers and updates tease that Brooke Logan Forrester (Katherine Kelly Lang) feared that she would pay a heavy price. Having Steffy Forrester Finnegan (Jacqueline MacInnes Wood) see video evidence that Deacon Sharpe (Sean Kanan) spent the night at the mansion sparks payback on B&B.

It was very soapy to have Brooke and Deacon observed as they were kissing on New Year’s Eve. The odds of anyone being in that veiled position at that time of night were very high.

Increase the line ten-fold where Douglas Forrester (Henry Samiri) is concerned. Yet, that is how TPTB created it, with results that are undeniably engaging to date.

Brooke put herself in a bad position by not coming clean to Ridge Forrester (Thorsten Kaye) on New Year’s Day. That was based on her fear of how he would react to Deacon’s specific involvement and what played out.

Sheila Carter (Kimberlin Brown) is responsible for Brooke unknowingly breaking her sobriety. But Lang’s character shoulders full responsibility for not telling her husband the truth the first chance she got.

The crying scenes reveal Brooke’s guilt. Ridge, in not having been wise to the truth, felt his wife was being too hard on herself. Instead, she was concealing broken vows and demonstrating a lack of guts in not telling him what happened.

Brooke was the mother that Taylor Hayes (Krista Allen) could not be in the past. But Steffy does not care about that now. She should, being a mother herself. 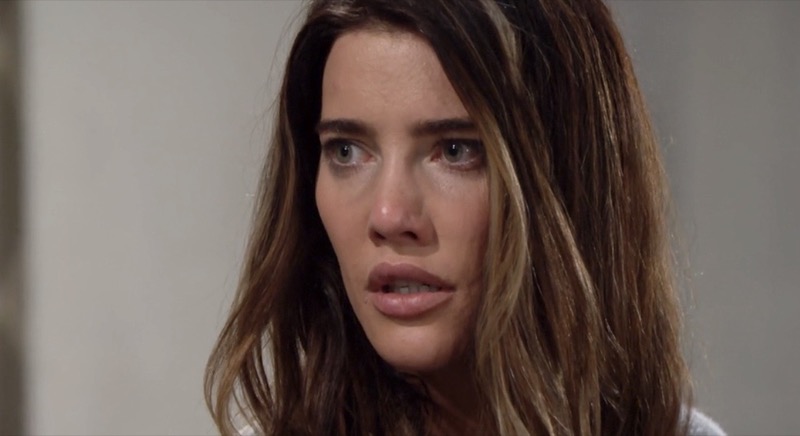 While all was never rosy in Ridge and Brookeland, Steffy should have developed a level of respect for Brooke that included compassion and respect. Thomas, to a lesser degree, is to be chided for his outlook as well.

Steffy is not a child now. Yet, she wants her parents to reunite while forgetting about the pain that Ridge caused Taylor through the years.

Hearing Steffy tells her that she knows about Deacon is the second-worst possible realized outcome. The first would have been Ridge learning the truth directly and then immediately confronting his wife.

Steffy knows that she holds the hammer over her stepmother. Brooke will be able to do nothing except offer her tearful apologies to Ridge, which can not possibly be enough to save this marriage.