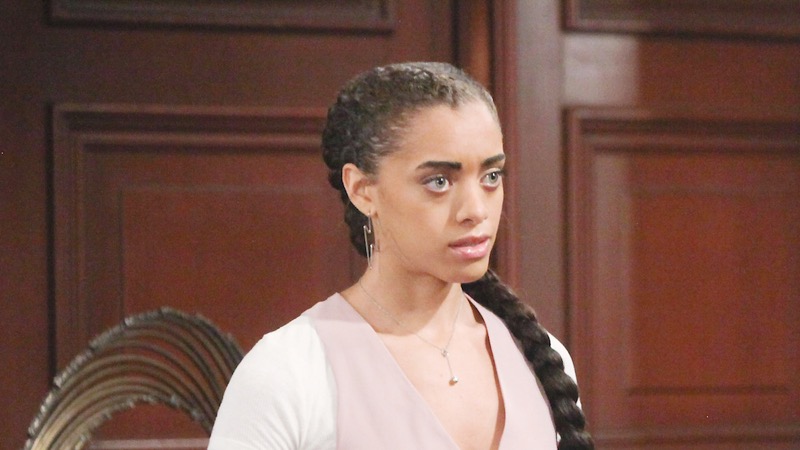 The Bold and the Beautiful (B&B) spoilers and updates tease that the audience has not seen Zoe Buckingham (Kiara Barnes) since July. She has been fleetingly referenced these past months but not to any definitive degree.

The above makes what Carter Walton (Lawrence Saint-Victor) heard intriguing. While Grace Buckingham (Cassandra Creech) was dressing down the man who was engaged to Zoe and was seen kissing her other daughter, Paris Buckingham (Diamond White), she also provided details about Barnes’ character.

Grace said that Zoe is doing well in the most beautiful city in the world and the one her younger daughter, Paris, was named in honor of. Creech’s character emphasized that Zoe was hurt because Carter cheated on her with Quinn Fuller (Rena Sofer) while they were engaged and that she is still in love with him.

The Bold And The Beautiful Spoilers – Clarifying What Really Happened

Carter was visibly surprised when Grace said that Zoe was still in love with him. While Zoe did tell Carter that she made a mistake in taking their engagement so lightly, it did not seem like she thought of him as her soul mate.

Fans agreed with Carter’s forceful response to Grace about Zoe’s loyalty. He told her that Zoe threw herself at Zende Forrester Dominguez (Delon de Metz). Grace’s reaction revealed that she was not aware of that part of Zoe’s recent romantic history.

Grace was also told that Carter and Zoe were not together when he became involved with Quinn. Carter added that he regretted that relationship and has been working hard to restore trust with the Forrester’s.

Grace lets Carter and the fans know that her daughter is okay, despite the pangs of regret she has about Carter. The audience’s interest was likely piqued because of the amount of detail that was offered about this character, who was the first Buckingham to become part of B&B’s world.

Barnes left the cast to join the nighttime reboot of the classic anthology series, Fantasy Island. The show was a hit in its first season and was renewed for a second. 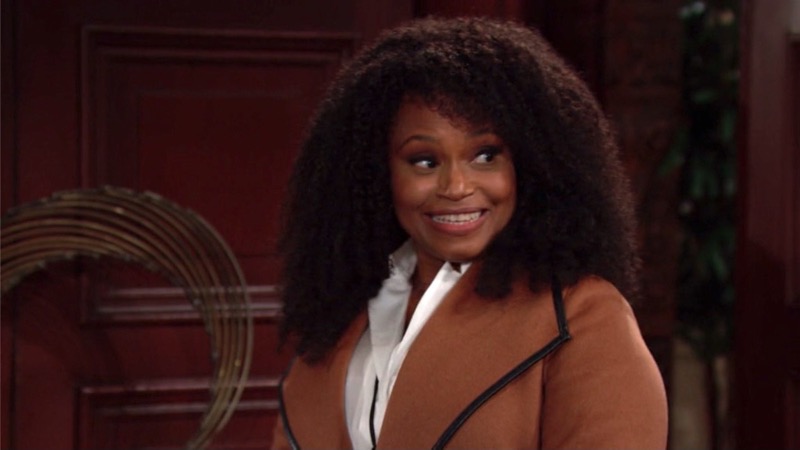 Fans who have watched the series know that Barnes is playing Ruby Akuda, a character who is Elena Roarke’s (Roselyn Sanchez) sidekick and confidant. Elena is the grandniece of Mr. Roarke (Ricardo Montalban).

Montalban’s character was the original head of Fantasy Island, during that famous series run from 1977 through 1984. Tattoo (Herve Villechaize) was Mr. Roarke’s sidekick, with Barnes assuming that character’s position in the new show.

So, Zoe Buckingham Is Returning To California?

The new Fantasy Island is a hit. So, Barnes may not want to return to daytime in what would be a limited-run role. Alternatively, or coupled with that view, TPTB may not be intending to write Zoe back, with Grace’s reference simply providing an update to Carter and the fans.

However, Fantasy Island will be shot during parts of this year. So, there would be a time in Barnes’ schedule if she were open to a brief return. That would allow some loose ends in Zoe’s storyline to be addressed and enable both sisters to be with their mother in LA.

Of course, TPTB could recast the Zoe role if they want her to be a regular player, as Barnes was from 2018 through 2021.