What has got the Twitterverse in a twist? Kate Middleton is Prince William’s wife and it’s been announced that she will be reading aloud to children on a popular show.

Kate, the Duchess of Cambridge, has divulged that she has joined a long list of luminaries who have appeared on CBeebies Bedtime Story. It’s a nice gesture but some seem confused about the concept, accusing Kate of “copying” Hollywood Harry’s wife who did the same once.

Actually it wasn’t the same. Meghan decided to trot off to a school for disadvantaged kids, dressed to the nines, with lots and lots of copies of a kid’s book with her name on it. She read it aloud to them, and we have no idea how many kids were able to buy their own copies. 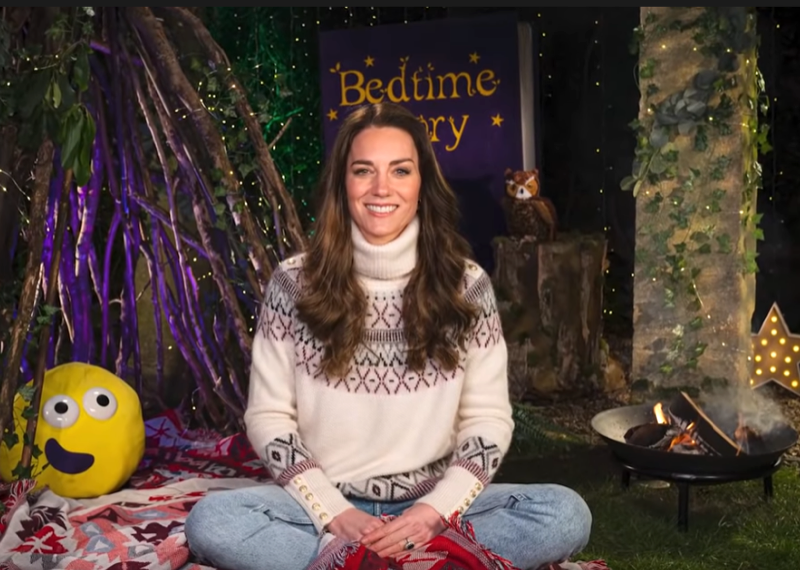 One tweet posted, “Meghan reads to children, so copy Kate does the same. sigh, please can the palace take her to one side and stop poor Kate from embarrassing the royal family like this.” Meghan, was that you?

Ironically, one poster thought Kate had “taken advice from Meghan” who was “more successful on the PR front.” That’s like saying a used car salesman is more successful at moving used merch than a brain surgeon. And someone else blasted Kate thusly: “Meghan’s copycat. But talentless.”

To get back to the real news, Kate, the Duchess of Cambridge is said to be reading ‘The Owl Who Was Afraid of the Dark, by Jill Tomlinson, one of her own favorite children’s books.

Kate said that she chose the popular book because it is nice as it mirrors this year’s Children’s Mental Health Week theme of Growing Together. The week is ongoing and ends Sunday, February 13.

Kate Middleton is joining an illustrious group of high-profile individuals who have lent their time and talent to the show. The list includes Dolly Parton, Tom Hardy, Reese Witherspoon, Ed Sheeran, and more.