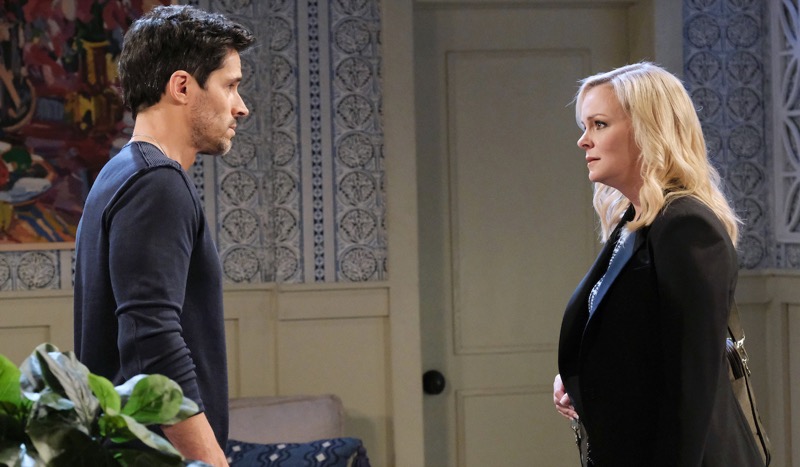 Days of Our Lives (DOOL) spoilers and updates tease that Belle and Shawn Brady (Martha Madison, Brandon Beemer) will reconcile, and Jan Spears (Heather Lindell) will fight back in an upcoming DOOL episode!

Shortly before being called into action as Father Eric to help his family minister deliverance – aka an exorcism – to Allie Horton,(Lindsay Arnold) he had a conversation with Belle in Brady’s Pub. She was devastated when she found out that Shawn had lied to her – well, not told the truth – about having full sex with Jan on Christmas Eve. Belle didn’t know anything until Jan called her to come to Statesville and she found her several months pregnant and even then didn’t want to believe the baby was Shawn’s!

Belle told Eric the whole sad story including how Jan was now living in her house with her husband under house arrest! Eric was of course shocked, but the takeaway from their conversation was he encouraged her to fight for her man!

The life and death battle between good and evil that results in Allie’s deliverance and Tripp Johnson (Lucas Adams) sacrificing himself will make Belle and Shawn closer. They will realize life, as well as love, can be short, and they won’t want to take that for granted. Tripp will be okay because of a second Bo Brady (Peter Reckell) miracle, but even so, it will be an experience that makes Belle and Shawn sit up and take notice. Belle will decide to move back in with Shawn even if it means Jan being a roommate until her baby is born, but that may be sooner rather than later. She already looked like early contractions were coming the day of the exorcism unless her baby already is paying attention to its Brady side and giving her a good swift kick! 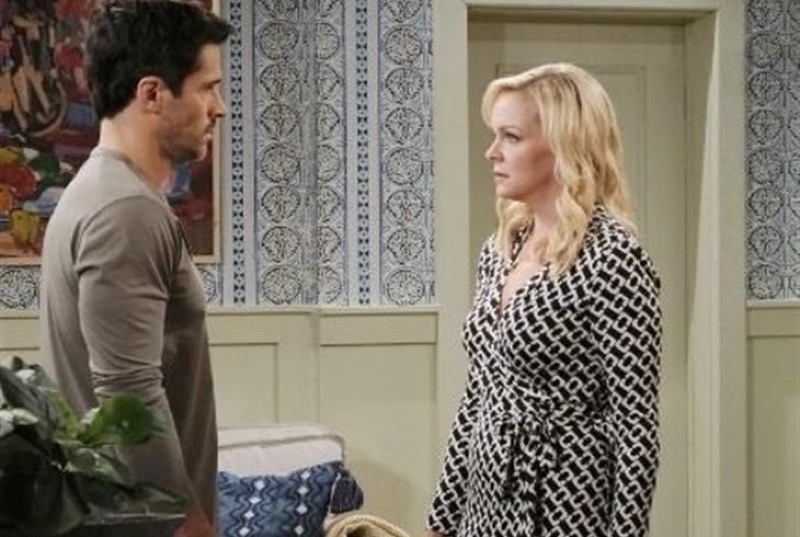 Jan won’t like this reconciliation one little bit, and she’ll do anything to mess up the status quo and try to break the couple up for good! She could fake a pregnancy crisis – which she will do after an argument with Belle in upcoming episodes, making Shawn rush to her side and rush her to the hospital! She could try to set up Shawn to appear to be in bed with her for Belle to walk in on again, for instance, she could spike a drink with a sleeping pill or something.

If there’s a will, there’s a way, and Jan WILL find a WAY, no matter what! She’ll come up with some scheme to hang onto Shawn.

Shawn doesn’t love Jan, he loves his wife, and if Jan wasn’t so clingy and desperate, not to mention obsessed, she wouldn’t lower herself to accept crumbs! Any woman worth her salt knows that table crumbs from a man who made a mistake with her but really loves his wife won’t ever love her and would bail. Perhaps what Jan really needs instead of a man she can’t have to prop her up is some intense therapy to see the good in herself and build it up. Every single human being has good and bad parts, and if she could get rid of the bad ones or not give them heed, she could truly change!