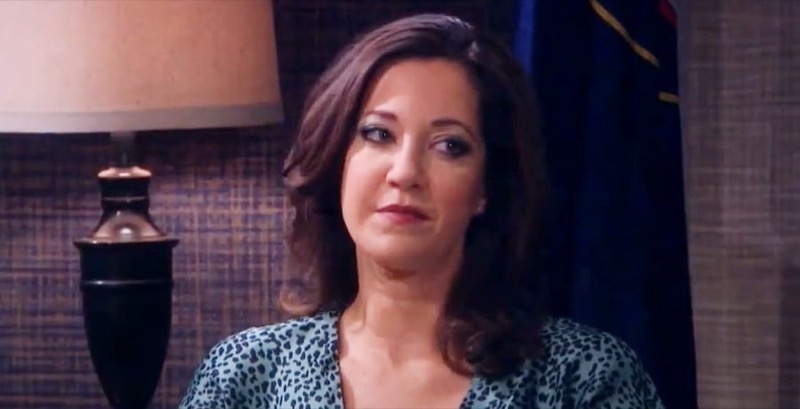 Days of Our Lives (DOOL) spoilers and rumors tease that Jan Spears (Heather Lindell) wanting to eliminate the problem of Belle Black (Martha Madison) permanently, accidentally kills Abigail DiMera (Marci Miller)! She sneaks out in the middle of the night with Shawn Brady (Brandon Beemer) gone and shoots the wrong blonde from the back in a future episode of DOOL!

Belle’s hair is a little shorter and a little thicker than Abigail’s, but if Abigail was wearing a sweater or coat that hid the length she could resemble Belle. The two are of similar height and build, and in the dark, especially if seen from the back and maybe with hats on, they could be mistaken for each other. Jan has an ankle monitor on to make sure she really stays under house arrest, so Shawn feels okay about leaving her alone-but she knows how to get it off!

Not only does Jan know how to get the ankle monitor off, but she also knows how to get it back on – she has very flexible ankles! She would make Harry Houdini proud with her escape acts!

Jan also has a gun that neither Shawn nor anyone at Statesville Prison knows anything about, she’d hidden it in a special place no one knows about and it’s loaded! Jan is nothing if not a good planner and very organized in a criminal sort of way, and she is no dummy. She knows if she’s going to eliminate her competition for Shawn, there’s more she has to do than just give him a baby – she has to eliminate Belle for good! Otherwise, when the baby is born they could reconcile and prove her unfit and sue for custody of the baby and she’d have nothing to tie her to Shawn!

Jan has to be very vigilant and listen for clues as to when Shawn might be on a night shift; of course, a cop is pretty much on call. She also listens to his conversations on the phone when he is at home to see if he’s talking to Belle because that is something she doesn’t like! Soon, the perfect opportunity arises – Shawn is called to search for his sister’s baby, kidnapped by Allie Horton (Lindsay Arnold)- Jan thinks that strange; maybe the devil jumped into her!

When Jan got pregnant the devil was in Allie’s grandma Marlena Evans (Deidre Hall) so Jan guesses ole slewfoot’s keeping it in the family! Jan decides to go on the hunt for Belle after Shawn leaves the house, knowing he won’t give up soon on a family matter like that! 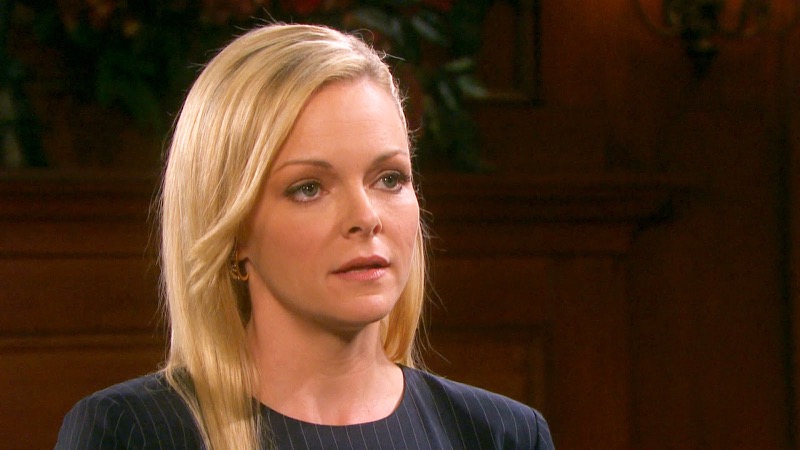 Jan first goes to her secret hiding place where her gun is and gets it ready and also disguises herself as she did when she killed Charlie Dale (Mike C. Manning). That time she had tried to frame Belle for murder but practically everyone in Salem was eliminated as a suspect before they finally got around to her!

Tsk, tsk, tsk, Jan says to herself – no one will ever suspect her in this murder; she’s in a cop’s house under house arrest on an ankle monitor. Finally, she spots who she thinks is Belle from a distance – Jan is so well disguised no one will ever recognize her and all in black. Black – how appropriate in an ironic way; she gets up very close and blasts her silenced gun, splitting her skull in two – oopsie, it’s not Belle, it’s Abigail!