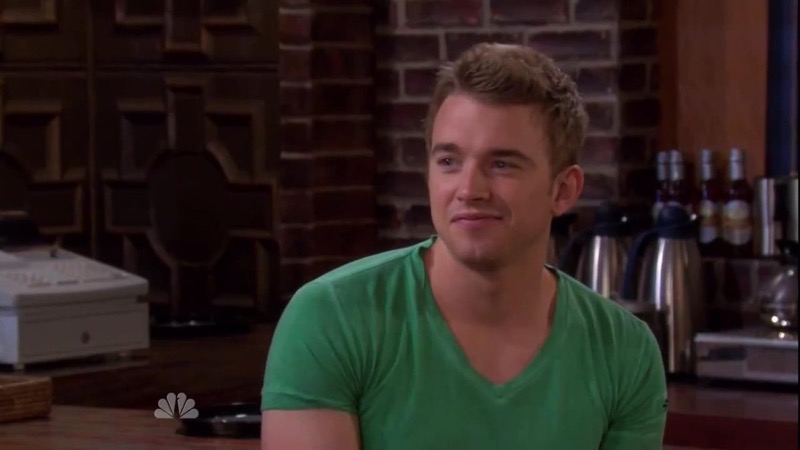 Days of Our Lives spoilers and updates tease that Will Horton (Chandler Massey) will push Johnny DiMera (Carson Boatman) not to make the movie about Marlena Evans’ (Deidre Hall) possession in an upcoming episode of Days of Our Lives!

Days of Our Lives viewers can recall it was Johnny’s movie idea that helped bring satan back to Salem, first showing up in Doug Williams (Bill Hayes) with intentions to again possess Marlena. Longtime Days of Our Lives viewers will recall that Stefano DiMera’s (Joseph Mascolo) giving Marlena hallucinogenic drugs is what opened the door to her first satanic possession back in the 1990s. It is likely when Johnny decided to make the focus of his movie Marlena’s possession instead of Sami DiMera’s (Alison Sweeney) biography, which was going to use a script that Will had written long ago, that satan was attracted back. Johnny’s having played with an Ouija board when Marlena was still possessed may have opened a door in him for possession after satan was driven from Marlena; viewers will recall that the Ouija board sent him to the DiMera crypt on Halloween night.

Days of Our Lives viewers will remember that Johnny had a difficult time getting investors and players for his movie even when he was making it about Sami, with certain parts being offensive, especially to Marlena and John Black (Drake Hogestyn)! Days of Our Lives viewers will recall that John out and out forbade Johnny to make the movie, and then when he read the part in the script about Marlena’s possession, Johnny was even more tantalized. He and Chanel Dupree (Raven Bowens) had watched “Rosemary’s Baby” and he got even more excited about how a movie about his grandmother’s possession would sell like hotcakes, and started putting out feelers to investors and finally got one. Now that a west coast producer and investor has come to Salem wanting Johnny to make good on the deal – named TR Coates (William Christian) Johnny needs to step it up a little. Having just been named co-CEO of DiMera Enterprises and having all of his father’s shares makes it a little easier to hire actors and complete the movie, of course! 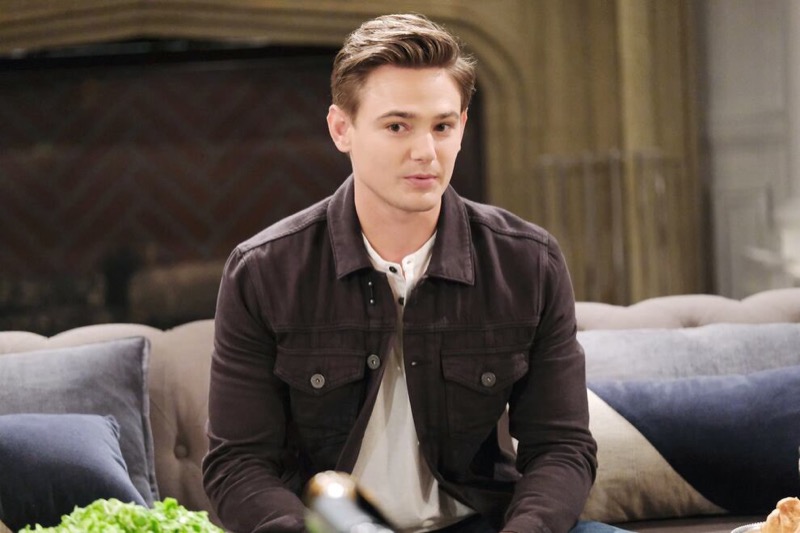 Will Horton Does Not Want This Movie Made For Obvious Reasons

Days of Our Lives viewers will see Will push hard the danger that making this movie will bring to their family to Johnny, but Will’s pleadings will likely fall on deaf ears! For one thing, Will doesn’t even realize that Johnny isn’t himself but really Johnny DiDevil inside, having successfully fooled his psychic grandmother Susan Banks (Stacy Haiduk), merely by making a 666 – the devil’s number – appear in black on the back of Belle Brady’s (Martha Madison) coat!

Days of Our Lives viewers know that Will sees the connection between the movie being discussed and his grandmother being possessed again, and if Johnny is planning to use any parts of his old script in it he’ll forbid it! But unfortunately, as Johnny will explain, all systems must go on the movie – he’s bound by a contract with TR Coates, who is in Salem now to collect on his investment!