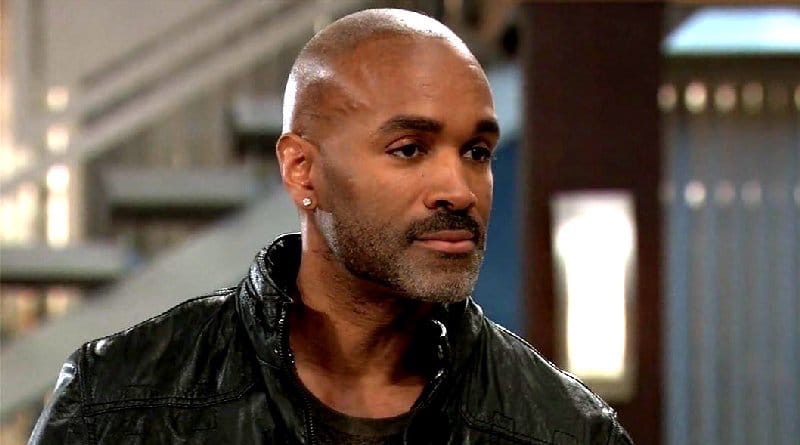 General Hospital (GH) spoilers and updates tease Curtis Ashford (Donnell Turner) believes that he knows who he wants to be with. Curtis is in a relationship with Dr. Portia Robinson (Brook Kerr). Curtis believes that he and Portia will have a bright future together. Curtis was surprised when his past love Commissioner Jordan Ashford (Tanisha Harper) returned to Port Charles. Curtis wants to be a good friend to Jordan. Curtis does not know that Jordan still wants to be with him.

Portia did not expect to be able to be in Curtis’ life. Portia and Curtis had an affair many years ago when she was married to Marcus Taggert (Real Andrews). Curtis and Portia parted ways and found each other in Port Charles. Portia wanted to be with Curtis but she knew that Curtis was married to Jordan. Curtis ended up leaving Jordan because he had trouble with the secrets that she kept from him. Curtis found his way back to Portia. Curtis and Portia have been dating and have decided to make a commitment. Portia and Curtis wanted to find a new home together. Portia has bought a house from Lucy Coe (Lynn Herring). Portia hopes that Curtis and her daughter Trina Robinson (Tabyana Ali) will be happy with their new home. Portia has been helping Curtis with his father Marshall Ashford (Robert Gossett). Curtis has been reluctant to renew his relationship with Marshall. Portia has told Curtis that Marshall can come to stay with them if Curtis wants him to. Portia is looking forward to moving in with Curtis.

Jordan wanted to make her marriage to Curtis work. Jordan wanted to find a way to get Curtis to forgive her for keeping secrets from him. Jordan had to overcome many challenges to be with Curtis. Jordan had trouble getting the approval of Curtis’ aunt Stella Henry (Vernee Watson). Jordan was able to get Stella to accept her relationship with Curtis over time. Stella wanted to help Jordan to hold onto her relationship with Curtis and did not want her to give him a divorce. Jordan decided to give Curtis a divorce. Jordan does not know that Stella took the divorce papers and that they got destroyed. Jordan is unaware that she is still married to Curtis. Jordan got injured when she was working on a case and needed to get treatment. Jordan left Port Charles to get the treatment that she needed. Jordan has returned to Port Charles and has found that she still has feelings for Curtis.

Curtis Ashford Has To Make A Difficult Choice Between Dr. Portia Robinson And Commissioner Jordan Ashford

General Hospital Curtis may find that he is going to have to decide between Portia and Jordan. Curtis is excited that he and Portia are moving in together. Curtis wants to spend his life with Portia. Will Curtis get the chance to have a future with Portia?

Curtis is going to find out that he is still married to Jordan and that Jordan still loves him. Will Curtis end up going back to Jordan? Portia and Jordan want Curtis in their lives. Will Jordan or Portia be the one that Curtis will give his heart to? Be sure to catch up on everything happening with GH right now. Come back here often for General Hospital spoilers, news, and updates.