General Hospital (GH) spoilers and rumors tease that the key to controlling Drew Cain (Cameron Mathison) that Victor Cassadine (Charles Shaughnessy) was looking for from Peter August (Wes Ramsey) might be in that conundrum box that was found in Cesar Faison’s (Anders Hove) office shortly after he was killed. The question for Victor, is how to get it back from the WSB and how to get it open?

General Hospital viewers know that Victor has been trying to get some kind of key to controlling Drew Cain (Cameron Mathison) from Peter August (Wes Ramsey) for quite some time, but now that Peter’s dead he has to find another way! General Hospital viewers can imagine that Victor must want this control over Drew pretty bad to have trusted a double-crosser like Peter, and he’s probably kicking himself for having done so! But it sounds like the type of control that Victor wants is not the kind that Peter wanted – controlling Drew to kill, but perhaps controlling his mind to bring up subconscious memories. Apparently Drew once knew some information that Victor wanted, but what is the key he wants – could there be another copy of the flash drive that his old memories were stored on? The original flash drive that had his memories were downloaded into Franco Baldwin (Roger Howarth) shortly before Victor had Drew kidnapped, but whether downloading emptied the flash drive or the flash drive was destroyed is a mystery!

General Hospital viewers will recall that when Victor kidnapped Liesl Obrecht (Kathleen Gati), it was in order to use her skills in brainwashing in order to control Drew, or, perhaps as it appears now, to unlock his memories. General Hospital viewers will recall that she had brainwashed Dante Falconeri (Dominic Zamprogna) to kill Peter with the click of a pen – clicking the pen again deactivated him. Dante still has never been totally deprogrammed from his brainwashing and apparently, neither has Drew! But Dante and Drew may have had totally different types of brainwashing, and with Drew, there was the complication of his memories having been overridden or perhaps buried under Jason Morgan’s (Steve Burton). Drew also had amnesia when he first came to Port Charles as “Jake Doe” and Dr. Patrick Drake (Jason Thompson) found some type of control chip in his brain, which he removed! 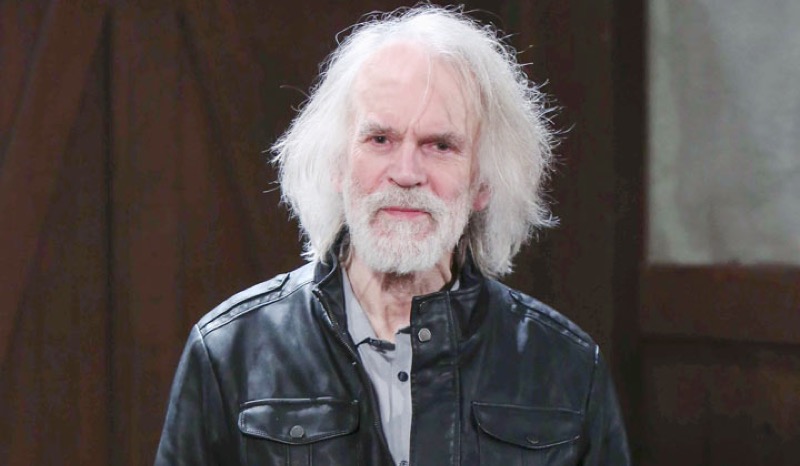 Longtime General Hospital viewers will remember that shortly after Cesar Faison died, his office was searched and a peculiar locked box was found and brought to Robert Scorpio (Tristan Rogers) to see if he knew what it was. He did – Robert said it was a “conundrum box” – and the conundrum was how to get it open; it had a coded lock and if the code was not decoded correctly it would blow up!

General Hospital viewers can imagine that Peter didn’t know the code either, although the box was surrendered to the WSB after Robert had it so it may not have been possible for him to reclaim it. Now it looks like the conundrum box may be Victor’s conundrum to retrieve from the WSB – but that’s not the real conundrum-the real conundrum is trying to decode it correctly so it doesn’t literally blow up in his face! Even if he does retrieve it and open it there’s no guarantee that what Victor wants is what’s inside, although there could be other interesting and useful items!