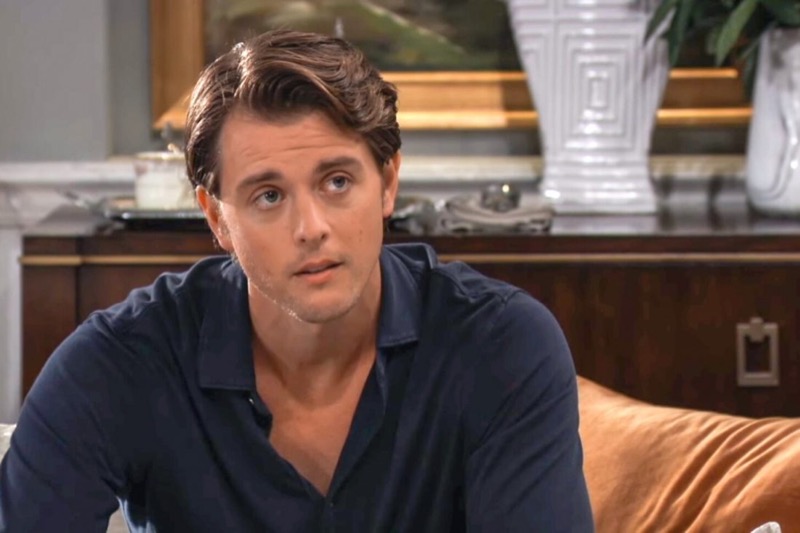 General Hospital (GH) spoilers and updates tease that Michael Corinthos (Chad Duell) will be surprised by the identity of a new backer of Aurora Media in an upcoming GH episode!

Previous GH episodes revealed that Drew Cain (Cameron Mathison) and Michael Corinthos (Chad Duell) were talking merger and arguing with a disenfranchised feeling Ned Quartermaine (Wally Kurth). Ned would accept no other position in the new company except for CEO and Drew turned him down flat, and Valentin Cassadine (James Patrick Stuart) was trying to entice him. Valentin could not offer him the CEO position either, and Ned has left grumbling about being pushed out.

Carly Corinthos (Laura Wright) was trying to force-feed Drew on the idea that she was going to help save the ELQ side of the company, but this is Aurora.  Just who could the silent partner be who wants to back Aurora and make sure the merger succeeds?

Michael and Drew feel like they almost have to accept the offer to have an edge against Valentin, who may be winning the war to woo Ned to his side! If Ned accepts Valentin’s offer and teams up with him against Michael and Drew, it could be catastrophic, because the stock could split, possibly right down the middle! All the work and planning they put into merging the companies would have been for no reason – Valentin would still be in control and Ned on his side, not theirs! Michael and Drew discuss the silent partner and whether to take the offering with the backer’s insistence on anonymity. Even Carly’s contribution, which Drew had let her talk him into, wasn’t quite enough!

Michael and Drew know they’re taking a risk by not allowing proxy votes in the merger, meaning all shareholders including this silent partner have to be there. Curiosity is getting the best of them considering the backing was specifically offered to Aurora Media as opposed to ELQ; it has to be someone familiar with them. They quickly rule out Jasper Jacks (most recently Ingo Rademacher) since he sold back his controlling interests when he left town, shortly after Drew was revealed to be alive.

Michael and Drew agree the situation is serious enough as well as this silent partner’s offer to warrant a no proxy vote, although they will offer a Zoom option. That way Tracy Quartermaine (Jane Elliot) can attend remotely, as well as Skye Quartermaine (Robin Christopher) and any overseas members. 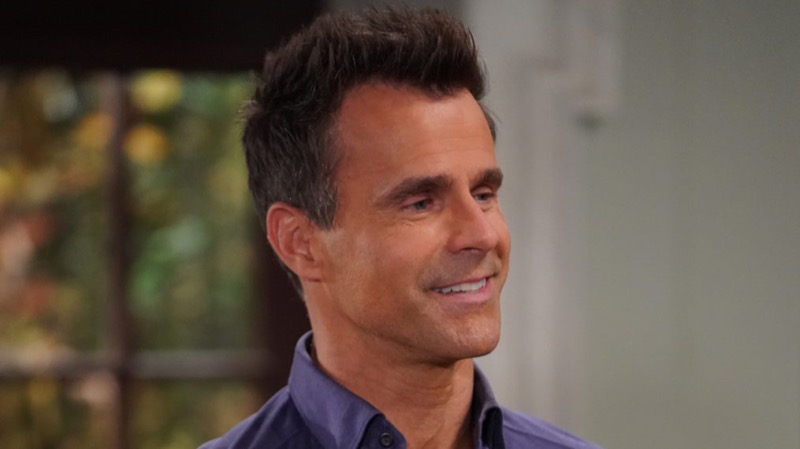 The Silent Partner Reveals Himself – In Person

Perhaps Michael’s surprise at the identity of the backer would be better defined as a shock – it turns out the money man is Sonny Corinthos (Maurice Benard)! Drew is surprised since Sonny never had an interest or even a curiosity about Aurora Media when he originally started it with Sam McCall (Kelly Monaco). But Michael is shocked, and livid –he certainly can’t have him thrown out of the meeting; he and Drew both signed off on the silent partner deal!

Ned could stew and complain over “mob money” being brought into the new company but Valentin thinks it’s funny, and he applauds the mob boss who’s diversifying! After the meeting Valentin congratulates him, saying “Well played, Sonny, well played”!