General Hospital (GH) Spoilers: Portia Encounters The Mystery Man And Curtis And She Have Their Suspicions 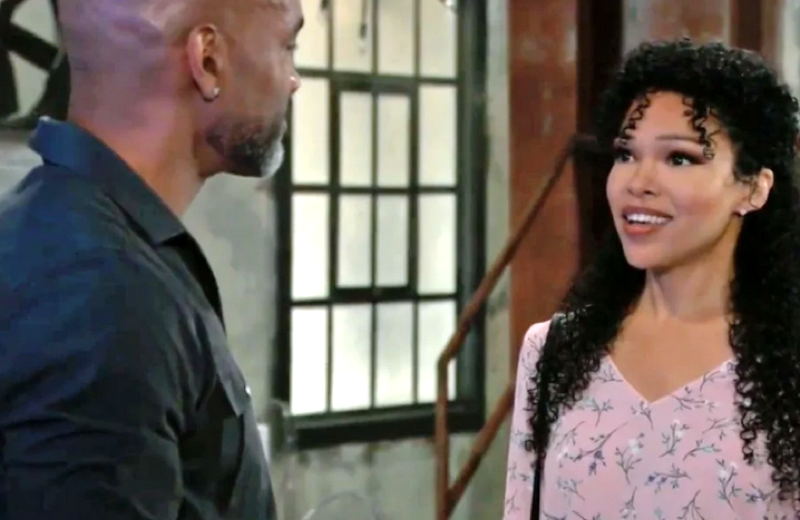 General Hospital (GH) spoilers and updates tease that Portia Robinson (Brook Kerr) will encounter the mystery man named Marshall (Robert Gossett) who’s been stalking Curtis Ashford, (Donnell Turner) TJ Ashford (Tajh Bellow), and apparently Portia, and she and Curtis will compare notes. They will discuss their suspicions as to his identity in an upcoming episode of General Hospital!

General Hospital viewers will recall that Curtis and Portia were having dinner in Curtis’ club, The Savoy when Curtis talked to Portia about his past. He talked about his father, who disappeared when he was just a little boy, and how his Aunt Stella Henry (Verneé Watson) came to help his family when his mother couldn’t handle his father’s disappearance. His mother also became ill and eventually passed away while Stella raised him and his late brother Tommy Ashford (uncast character).

The next time the older man was shown was at General Hospital, where he claimed to have pain in his stomach and TJ checked him over. They made a little conversation and then the patient disappeared after TJ had run a few tests on him and looked for an attending physician! TJ had told him a little bit of family history in their conversation, and when Curtis showed up, he watched in on their conversation from a floor above! Marshall had told TJ to hang on to his family as long as he could! 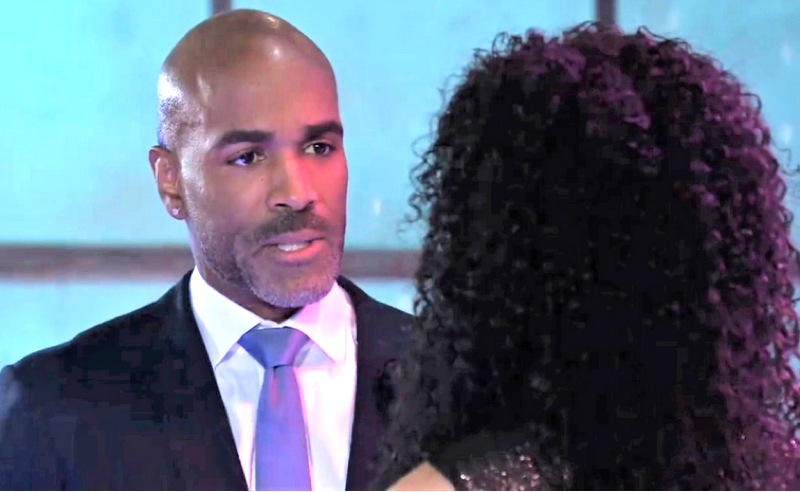 Viewers will recall from Curtis telling Portia about his father that he, as a small child, had been told his father died – but that doesn’t mean that’s what happened. Both Portia’s daughter and TJ’s domestic partner had thought their fathers had died – and hadn’t. Trina Robinson (Sydney Mikayla) had been told Marcus Taggert (Réal Andrews) had died – he had in reality gone underground and faked his death for her protection during the mob wars with Cyrus Renault (Jeff Kober). Molly Lansing-Davis’ (Haley Pullos) father, Rick Lansing (Ric Hearst) had gone into witness protection. There seems to be a lot of that going around Port Charles!

General Hospital viewers will recall TJ told Curtis about his suddenly missing patient, and Portia will certainly talk about Marshall to Curtis, especially if she notices him just hanging around! Marshall appears to be at least in his mid-sixties, if not perhaps a little bit older. He looks around the age of Stella and Phyllis Caulfield (Joyce Guy). General Hospital viewers know that if as some suspect, Marshall is Curtis’ not-so-dead father, Curtis may or may not recognize him from so long ago when he was a little boy. He would undoubtedly look different! When Portia describes him to Curtis, he will tell her about TJ’s suddenly missing patient, and also note that there was an older Black man hanging around The Savoy who was very interested in the music being played.

While there likely won’t be an instant mental connection to the elder Mr. Ashford at first, Curtis and Portia will probably suspect that this is the same man in the bar and in the hospital and that he seems to be very interested in the Ashford family as well as in music! General Hospital viewers won’t be surprised if he asked about TJ when Portia talked to him. There will be a definite curiosity and concern as days go by as to whom exactly Marshall is and what he wants, and there will be more conversations and likely some surveillance as well!

Days Of Our Lives (DOOL) Spoilers: Chloe And Brady Can’t Resist Each Other!