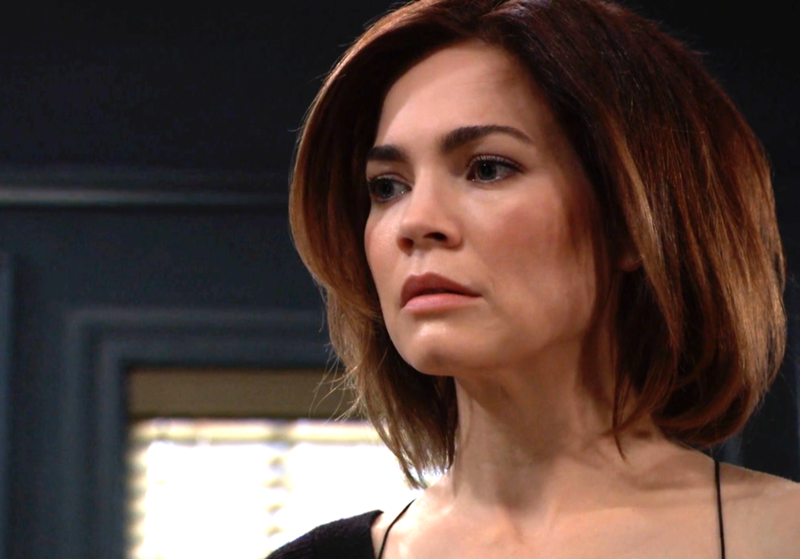 General Hospital (GH) spoilers and updates tease Elizabeth Webber Baldwin (Rebecca Herbst) is trying to take control of her life. Liz has been dealing with a few potentially dangerous situations. Liz is trying to find the person who is responsible for many disturbing incidents surrounding her late husband Franco Baldwin (Roger Howarth). Liz is trying to help her son Cameron Webber (William Lipton) to deal with the fallout of being the victim of a cyber-crime. Liz has been able to turn to Dr. Portia Robinson (Brook Kerr) and Dr. Hamilton Finn (Michael Easton) for help in the past. Liz may find that she is going to have trouble with Portia and Finn.

Liz and Portia have become friends. Liz has gotten support from Portia in the past when she lost Franco. Liz may find that she and Portia will not agree on the problems that Cameron is facing. Cameron and his girlfriend Josslyn Jacks (Eden McCoy) have been the victims of a revenge scheme that Esme Prince (Avery Kristen Pohl) set into motion. Esme filmed Cameron and Joss having sex for the first time and released the footage to their classmates and teachers at their college. Cameron and Joss were upset when the video went viral and they decided to tell their story to The Invader to control the narrative. Esme has set Portia’s daughter Trina Robinson (Tabyana Ali) up for the crime. Liz does not want to believe that Trina is guilty but the evidence against her is mounting. Portia is determined to help Trina to get out of her legal troubles. Portia believes that Trina is innocent. Liz may start to believe that Trina is guilty which could cause trouble with her friendship with Portia. Liz and Portia may end up having a disagreement about Cameron and Trina.

General Hospital Updates – Elizabeth Webber Baldwin Does Not Know Where She Stands with Dr. Hamilton Finn

Liz had been getting close to Finn before the disturbing incidents began. Liz has wanted to protect Cameron and her other sons Jake Spencer (Hudson West) and Aiden Spencer (Enzo De Angelis). Liz has been able to count on Finn to help her to keep her and her sons safe. Liz has decided that she needs to try to take care of the problem on her own. Liz was asleep and had a dream about someone telling her not to forget them. Liz found that someone had painted the same message on a piece of art in her house. 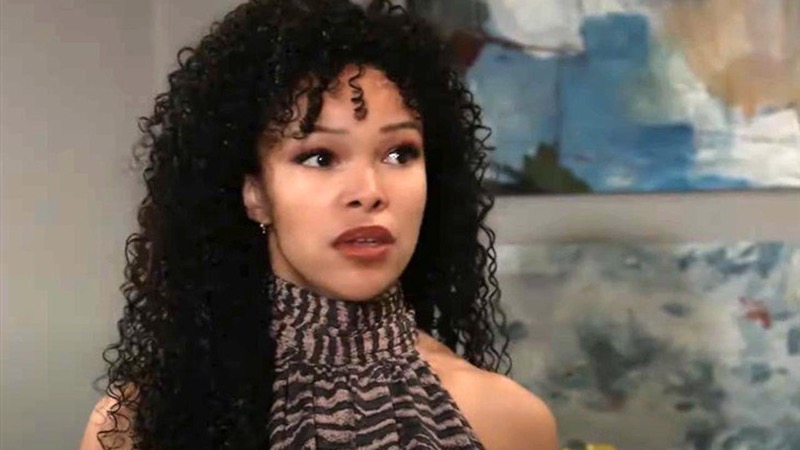 Liz has been working with Dante Falconeri (Dominic Zamprogna) to find out who is coming after her and her sons. Liz has decided that it would be best if she is alone at her house and she has made arrangements for Jake and Aiden to stay with family. Liz knows that Cameron has a place to stay at college. Finn offered to stay with Liz but she declined his offer. Liz does not want to put Finn in danger. Liz believes that she and Finn need to take their time and not rush into their relationship. Liz does not know if she will be able to go back to dating Finn while the disturbing incidents continue.

Elizabeth Webber Baldwin Needs to Have Answers to Move Forward

General Hospital Liz wants to get on with her life. Liz wants to help Cameron to put the problems that he is having with the video behind him. Liz wants the one who filmed Cameron and Joss to be brought to justice. Liz does not want to lose her friendship with Portia because they disagree over Cameron and Trina. Can Liz and Portia stay friends as they try to protect Cameron and Trina? Liz wants to start dating Finn again. Liz wants to find the person who is using Franco’s memory against her. Can Liz find a way to hold onto her relationship with Finn and find the person who is coming after her and her family? Be sure to catch up on everything happening with GH right now. Come back here often for General Hospital spoilers, news, and updates.