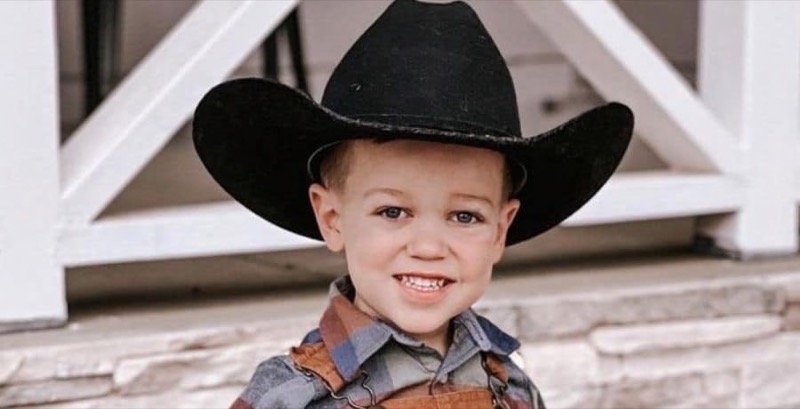 Fortunately, Season 23 of Little People Big World (LPBW) shows a lot of Jackson Roloff and his sister Lilah. Actually, many TLC fans being to think that without them, they might not watch the increasingly toxic show. So far, fans saw that Lilah turned two and Jackson went for surgery to straighten his legs. Now, Tori and Zach talked about his rehab. A new teaser this week revealed that the cute kid has a massive appetite for sugar sprinkles which might not be healthy.

In December last year, Tori shared that her son went for surgery to help straighten his bowed legs. Opting for non-invasive surgery, they hoped that he could avoid many difficult and painful visits to the hospital. Well, fans see it in Season 23 and the show already revealed him trying to use his post-operative walker. It’s not apparent that anything has changed, but Tori told her TLC fans that it can take a long time to see if it helps.

Recently, Little People Big World fans saw that Jackson celebrated his fifth birthday, and Lilah turned two. Lilah’s birthday teaser revealed that everyone seemed to get along alright. Funnily enough, Caryn and matt chose the sesame birthday present as Amy and Chris. For a change, that brought some rare smiles to the feuding family. Now, Jackson brings more smiles, even if it involves too much sugar amidst his rehab.

A teaser ahead of this week’s episode, revealed that Jackson Roloff has a massive appetite for sugar. While Lilah distracted his dad, he made a grab for the sprinkles and started dumping them on his plate of fruit. Too late, Tori couldn’t stop him. In fact, he just about covered the entire helping of food. which shocked his dad. Meanwhile, she wondered if he’d just enjoyed making a mess. Too much sugar isn’t all that good for kids, but as the little guy had suffered after his surgery, perhaps she eased up a bit on the discipline.

The Little People Big World kid not only made good progress through his plate of very sweet food, but he wanted more sweet stuff. Another part of the clip showed him asking his dad to pass the cookies! Encouraged, Lilah also made a grab for them and it looked enormous in her little hand.

Although the Little People Big World teaser focused on the kids, Lilah and  Jackson Roloff, fans slammed Zach and Tori Roloff in almost every comment. Not for the sugar but for everything they hate about them in the current season. One of them said, “In today’s world with people struggling to get by these two are the epitome of feeling ‘privileged’” and ‘special.”

Other haters said some really nasty things about Zach and his job. Meanwhile, others slammed Tori because of the way she dealt with Matt Roloff after he wouldn’t sell Zach the farm. Unfortunately, even those cute kids couldn’t stop the toxic comments. Some people wonder why on earth they allow TLC to exploit their personal lives to the point where fans actually turn on them and hate them.

Be sure to catch up on everything happening with LPBW right now. Come back here often for more little People, Big World spoilers, news, and updates.