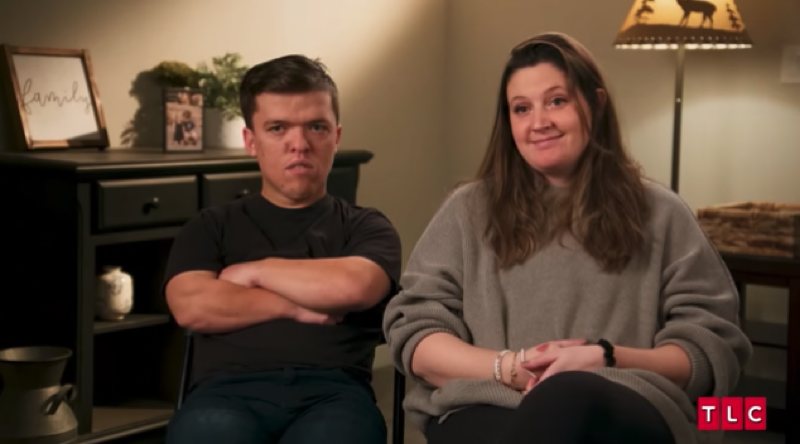 Little People Big World spoilers about Jackson Roloff are always popular, especially when his Mom, Tori Roloff shares news they didn’t see on the screen yet. This month, the cute five-year-old kid met another milestone, and it got Tori emotional and gushing. So, what’s going on with the big brother of Lilah and Josiah? Read on to find out.

Remember when Jackson was the only child of Tori and Zach Roloff? He seemed like a stoic child, open to any adventure. However, TLC fans wondered how he’d cope with having siblings. After all, he’s the apple of Grandpa Matt’s eye. Actually, Matt got some criticism for sharing more about him than about Audrey Roloff’s child, Ember. Additionally, he took heat for giving him expensive gifts.

Little People Big World spoilers revealed that Jackson coped well with the arrival of his sister, Lilah., In fact, he sailed through it and seems very sweet with her. Of course, the arrival of Josiah also made fans wonder if he’d be unhappy about the attention being on someone else. Not so. Just ahead of his new milestone, he happily played with both siblings when they enjoyed a summer vacation.

After the vacation, fans heard that Baby J is no longer a baby. That came when Tori shared about the first morning that he went off to Kindergarten. Matt said in the comments that he’s not a baby anymore. In the update about the milestone big boy school day, Tori acknowledged what Matt said. In her caption, she said,  “My sweet baby j! You aren’t a baby anymore!! We are so stinking proud of our kindergartner!”

Little People Big World star Jackson Roloff seems to have breezed his first day in Kindergarten. Tori told her fans, “This kid makes my heart swell with pride. He walked into his first day of school as confident as ever! He is so sure of himself and I love how he owns a room! “ Additionally, she really hopes that he keeps on loving school right through to his final graduation day.

Jackson Looked Forward to His Milestone

Clearly, the Little People Big World mom prepped  Jackson Roloff for his new milestone. She told her fans that ahead of starting in his new grade, she said, “today is all about me and going to kindergarten!”

It seems that it could be a long school season for Tori. Gushing about her son, she said that after only “two hours,” she missed him like crazy.

Be sure to catch up on everything happening with the TLC cast right now. Come back here often for Little People, Big World spoilers, news, and updates.