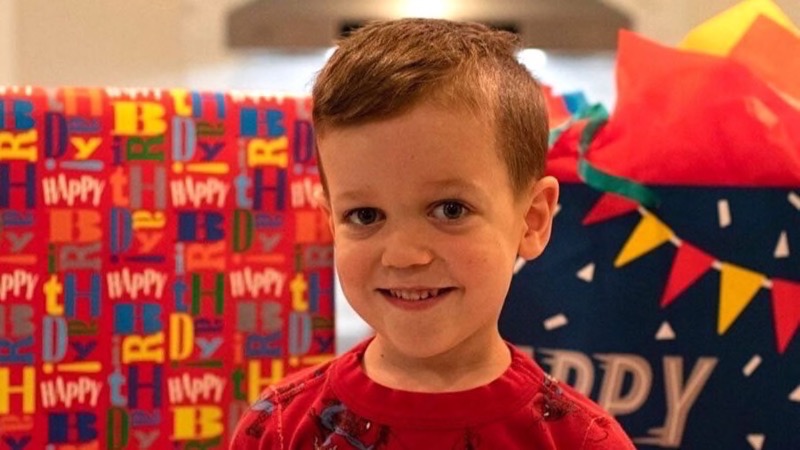 Little People Big World (LPBW) spoilers from 2021 revealed that Tori sent her son, Jackson Roloff to Pre-K. At the time, he was going on four years old. Well, he now takes another jump along the milestone ladder and goes to Kindergarten. Can you believe that? He’s surely still that cute little baby boy that fans saw taking his first steps at the airport? Well, time just flies by and now the brother of two got all excited about growing up and going to big boy school.

It’s been years since Tori and Zach Roloff’s oldest child first attended classes on his own. You might remember that the toddler went to class at their church and told his mom casually that he’d be fine. And he was.  The same went for the time he started Pre-K. In fact, he breezed in as if he owned the place. Basically, telling his mom to peace out, he conquered class easily. And as time went by, fans saw him running to the car when school time came along. Only once, did Tori see him cry, and she said he was really tired from the day before.

At his Kindergarten class, the cute LPBW star probably comes along with boasting rights. This year, he played, soccer at the  Dwarf Athletic Association of America (DAAA). His mom said that it was the first time he ever played in a tournament. Probably, he takes after his dad as he’s a coach and Zach played for North America in the Copa World Cup. Perhaps Jackson plays the game in Kindergarten? That would be fun for him. No doubt, Tori will fill her TLC fans in as time goes by.

Tori Roloff took to her Instagram and shared some clips of her son on his big day. In her caption, she said, “I cannot believe we have a kindergartener! He was so excited to go to school this morning! So proud of our baby J!” The videos showed that Lilah woke up her sleepy brother before he went for breakfast. Then, it was time to head for school. In the car, Jackson said that Lilah and his brother Josiah went along for the ride, as did his dad. He gave a “Whoop Whoop” and said he can’t “wait to play with Lego.”

Seriously, this little kid from the LPBW show is adorable. That is opinionated, but show us anyone who hates this kid and you can go buy a bridge somewhere. Fans in the comments just can’t help but say how much they love him. Both of his grandparents commented. Amy Roloff said, “Amazing So precious.” Meanwhile, Matt clearly didn’t like that Tori called his grandson “Baby J.” He said, “sorry to say… He’s not a baby any mom. :(“

another follower noted, “He’s so precious. Sending them off is a hard one.”

Can you believe that Tori’s little boy is suddenly a big boy and going to Kindergarten? Sound off in the comments below.

The Bold And The Beautiful (B&B) Spoilers: Ridge Leaning Away From Taylor – Brooke Tips Balance Of Power?