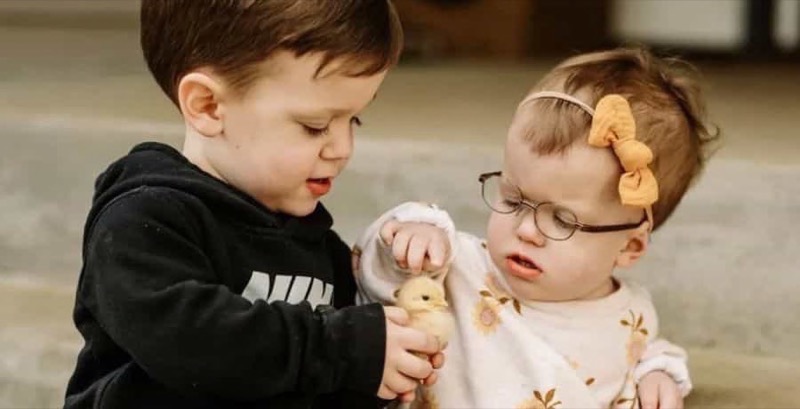 Little People Big World (LPBW) spoilers revealed that Lilah Roloff is growing up fast. Just over two, she hasn’t completed all the same milestones as Jackson. But, she’s always willing to try anything. This week, Tori Roloff shared that the two kids showed off their skills. Was Lilah as good as her big brother? Read on to find out.

LPBW – Jackson Roloff Has The Upper Hand So Far

Now five, Jackson already started kindergarten and he was very excited about it. Off he went, keen to see his friends and play Lego. And presumably, to brush up on things like his ABCs and introductory math. Actually, he’s quite fortunate because when he started Pre-K, his mom had already taught him a bit at home. If you don’t know, before she married Zach and fell pregnant, Tori was a teacher. Nowadays, she also starts to encourage Lilah to learn.

LPBW starlet Lilah still hangs with her mom during the day. But, when her big brother’s around, she tries to do everything that he can do. Definitely, she seems to have the heart of a lion and a very competitive spirit. Even though he beats her when he’s busy scooting around on his scooter, she doesn’t ever give up. And, she pumps her short little legs as fast as she can when it comes to running races through the house.

LPBW – Lilah and Jackson Roloff With A Tablet

On September 27, Tori took to her Instagram stories and posted up several clips of the kids messing about with a tablet. It’s the kind that little kids can write on. So, Tori said that it’s a useful tool for educating them. Jackson went first, and he wrote his name quite confidently. Next, Lilah had her turn. Did she write her name? Well, not exactly, but she did manage some shapes. Furthermore, she looked terribly studious as she worked.

The LPBW starlet didn’t manage to write her name, but she made an impressive circle. Perhaps, she’ll grow up and become an artist. For Tori, it is enough that her daughter seems to get excited about using the tablet to learn to write and draw. We’re willing to bet that as he learns more, Jackson will also teach his little sister a few things. Probably, other folks who saw the promo post will follow up on her suggestion to get them for their kids.

Some LPBW critics slam Tori on occasion if they see Lilah isn’t using her eyeglasses. Born with a squint, the glasses are meant to help correct her vision. This time though, she wore them as she worked away on the tablet. At one stage, she was always taking them off. But now, she seems to be getting used to them. Certainly, by the time she starts school, she will probably not even have to think about them, as it becomes a habit to use them.