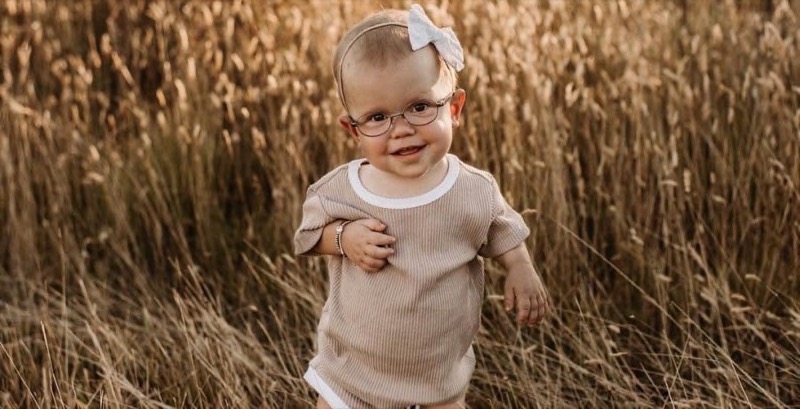 Little People Big World (LPBW) starlet Lilah Roloff brings a lot of cuteness into the world. This weekend, she turned three years old and her mom Tori posted up some sweet photos. Actually, she put up two posts on Saturday. Also known as “Bean,” the cute kid found a lot of favor on the birthday post. If you don’t know, Lilah was born on  Tuesday, November 19, 2019.

LPBW – Lilah Roloff Is All Mood And Personality

Jackson’s little sister didn’t need to try very hard to find popularity. Actually, her mom once said that she does cuteness and snacking the best. Nevertheless, as she met her milestones, the little girl started to reveal her personality. These days, she’s willing to take up a challenge and compete with her brother. In fact, she loves racing her brother on her scooter or simply running down the passage. She can’t win yet, but she certainly tries very hard.

LPBW fans know that Lilah Roloff still struggles a bit with speech, but her mom is giving her early lessons at home. Often, she will draw pictures or try and write her name. She still loves snacking, and social media posts reveal she goes for the biggest cookie on the plate. Actually, when Jackson was the same age, Tori did a temptation test with him. It will be interesting to see if Lilah can resist a big cookie for a very long.

LPBW – Three Years Old And Growing Cuter By The Day

When Tori shared about Lilah’s birthday, the first post revealed her little girl standing in a field in a brown dress with a white head bow. In that post, she called her daughter a “birthday princess!” Additionally, she explained how she is very sweet with her siblings. Then in the second post, she put up a slide show. Tori said, “Happy birthday Lilah ray!” Next, she captioned the photos, calling Lilah her “sweet girl.” One of the photos revealed Lilah in “such a mood.”

LPBW fans really turned out in good numbers to check out the photos. One of them said, “Time is going so fast!! She’s sooo cute!! Happy birthday Lilah!”

In the second batch of photos, the LPBW star posted up some throwback photos which were as cute as ever.

A follower wrote, “Can’t believe she is 3 already!” Time has flown by, and nowadays, Lilah Roloff has a little brother named Josiah. In fact, in season 24, Little People Big World fans saw the pregnancy and also heard that Josiah brings a big bunch of problems with sleeping. Little Lilah is also featured in some scenes doing what she does best these days: being a loving and very sweet big sister.