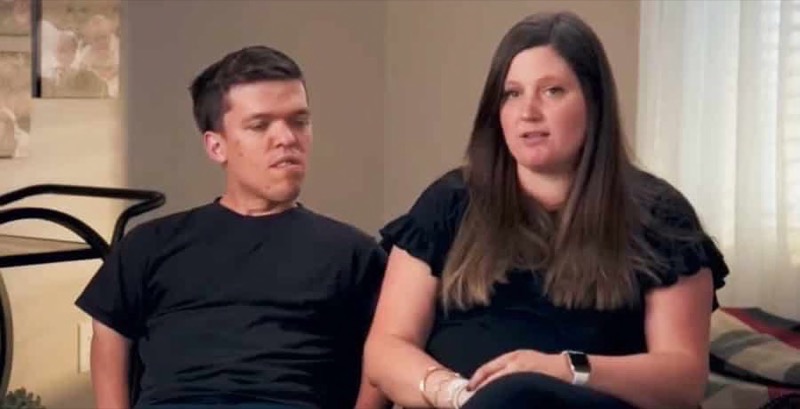 Little People Big World (LPBW) reveals more of Zach and Tori Roloff’s kids than usual. Actually, fans seem to like it because they are mostly free of ugly drama. Well, bar the fact that Caryn Chandler isn’t allowed to meet Josiah, the new baby. Season 24 brought a teaser that revealed some very cute moments with all three of the kids. However, it’s a lot for the young mom and dad to cope with at the moment.

In her many social media updates, Tori Roloff already told her TLC fans that Josiah isn’t sleeping well. Although he’s developing at the right speed, his sleeplessness is really stressing the family a lot. Interestingly, it’s not that long ago that she shared that news. So clearly, this isn’t a very old storyline for season 24. Actually, fans who follow Tori on social media love that Jackson and Lilah seem very cute with their new brother. Put the three kids with dwarfism together and you have a cuteness overload.

Little People Big World viewers learned a bit more from the teaser and it seems really difficult. In fact, everyone feels a bit tired because Josiah seems determined to wake up for a feed every two hours. Usually, newborns will settle down after a period of time and start to sleep for longer periods. But in this case, he’s literally making his mom feel totally exhausted. And, that is causing a bit of friction between his parents.

Zach and Tori Roloff admitted that things are different this time around. In their confessional, they talked about how it’s like learning everything over again even if it’s their third baby. Chatting with his wife, Zach talked about how Tori seems irritated.  She’ll hear the baby crying and hopes that Zach’s got the little one. But to him, it feels like  Josiah only has been crying for about two minutes. Apparently, he’s more tolerant and doesn’t rush to pick up the kid.

Certainly, it seems that the Little People Big World stars have different attitudes to parenting. Meanwhile, Matt Roloff, Zach’s dad told his girlfriend Caryn Chandler that he hasn’t met Josiah and how it upsets him as he was always close to his grandchildren. In fact, TLC fans can probably recall that his social media was full of videos and photos of Jackson before the family feud.  Zack and Tori mentioned that after the fight they had about the farm it makes everything awkward.

Little People Big World fans saw a lot of cute kids in the clip. And for Tori and Zach, it’s all worthwhile with Josiah because their children are priceless to them. Nevertheless, TLC managed to tinge the storyline with family drama. Caryn feels upset that she’s excluded from the family and fans know that she was always good with Jackson when he lived in Oregon.

At least fans could enjoy seeing so much of the kids. TLC’s caption for the teaser noted, “Zach and Tori are outnumbered by their kids, but they wouldn’t want it any other way.”

In the comments section on Instagram, one follower wrote, “Lila is so adorable! All your kids are❤️.”

The Young And The Restless (Y&R) Spoilers: Devon Bounces Back To Elena, Takes Revenge On Nate?