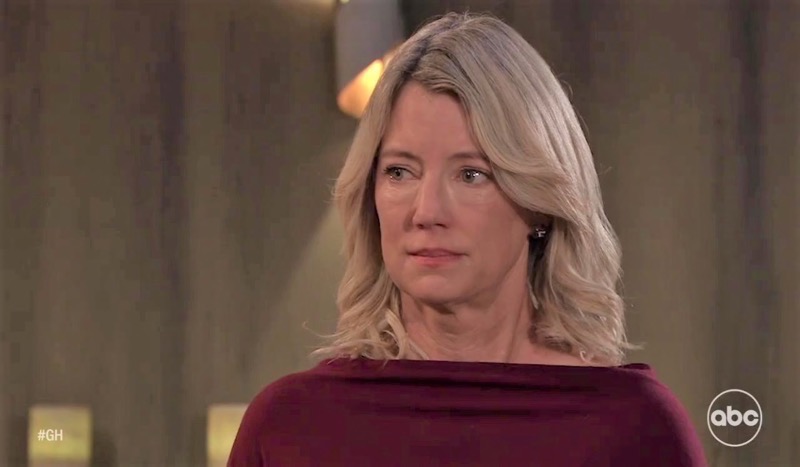 General Hospital (GH) spoilers tease, anyone who isn’t brand spanking new to Port Charles knows Carly Spencer (Laura Wright) and Sonny Corinthos (Maurice Benard) have seen their fair share of ups and downs. Married and divorced four times now, the ex-couple always seems to find their way back to one another, and Nina Reeves (Cynthia Watros) is well aware that they do. So now that the dust has settled from their dramatic return to town from Nixon Falls, and Sonny and Carly have long since called it quits, Nina is starting to wonder if history will repeat itself once again.

It won’t fly over Nina’s head that Sonny immediately accepted Brick (Stephen A. Smith) at his word and moved on from the discussion as to whether anything romantic was happening between him and Carly. She could write this off as nothing more than a venus and mars equation, but Nina feels like there is still more to discuss. She wants to know what Sonny was feeling when he thought Carly and Brick might be involved. The writing is on the wall though. Sonny couldn’t rest until he confronted the problem and dealt with it. He wanted to know what happened in that room, and he only backed down when Brick assured him it was nothing romantic in nature. Would Sonny have responded the same had it been? It seems the only thing that calmed Sonny down was knowing Carly was not moving on from him with Brick. That’s going to fester inside of Nina, and she’s going to look for other angles to push for the truth from Sonny, even if he’s hiding it from himself.

Nina knows Carly has started seeing Drew Cain (Cameron Mathison), and yet she’s kept that truth from Sonny on purpose. It seems Nina doesn’t want Sonny to know Carly is moving on with her romantic life, and it’s potentially because she’s paranoid he won’t stand for it and will make moves to get Carly back. This is a pattern of behavior for Nina. She often feels insecure in her relationship with Sonny and keeps looking for him to do things that reassure her she is a priority for him — such as telling Carly that Nina was a part of his life and would thus be around Donna Corinthos (Scarlett Brielle) and Avery Corinthos (Grace Scarola), and how he’s taken Nina’s side in many of her arguments with Michael Corinthos (Chad Duell) and Willow Tait (Katelyn MacMullen). However, it does seem like Nina is less comfortable in a less dramatic space. If Sonny isn’t actively proving to her that she’s his top choice, she seems to doubt it. How long can that last? 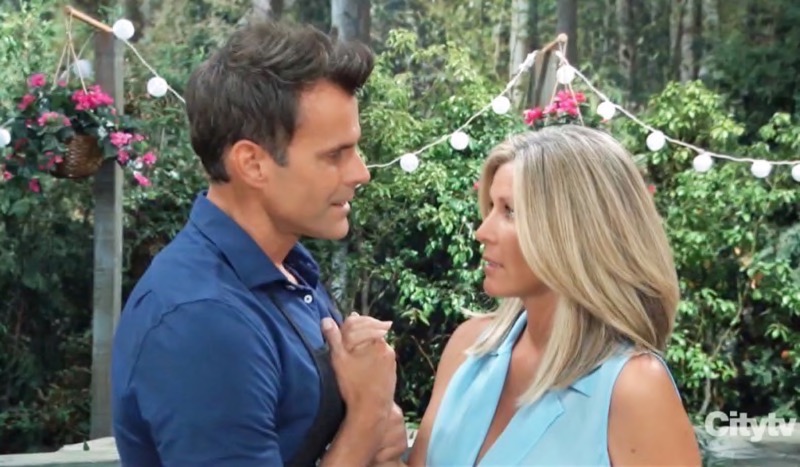 It won’t last long, because the truth is going to come out about Carly and Drew. In fact, Nina might be the one to break the news if she stumbles upon the right information that leads her to discover why they’re keeping their relationship hush-hush.

Nina wouldn’t hesitate to report Carly and Michael to the SEC. Still, it works in her favor that Sonny thinks Carly is still single and possibly pining for their marriage. We can trust that when Sonny does find out Carly is dating Drew, he’s not going to take kindly to it. Will Nina watch as Sonny crumbles over Carly’s new lease on life, or will she have the gumption to walk away? Stay tuned for more GH news and spoilers to find out!