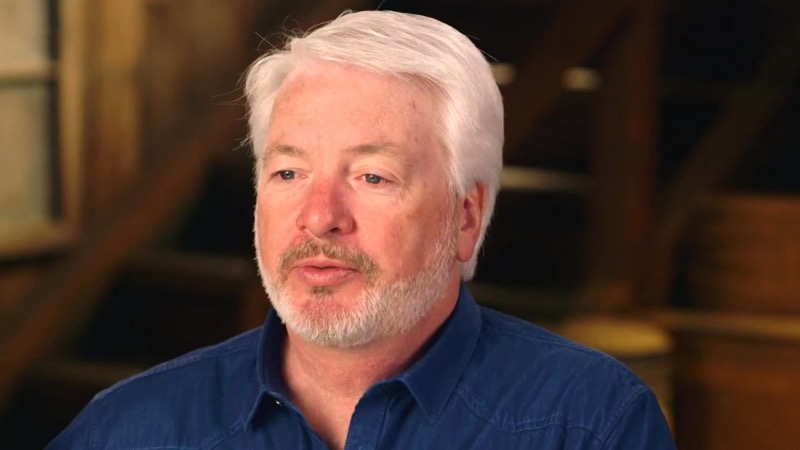 Little People Big World (LPBW) fans agree that Chris Marek is growing on them and probably Jackson Roloff feels the same way. Spoilers for the show revealed that Chris put a lot of thought into a surprise gift that he bought for Amy’s grandson. While he’s been a round in Jackson’s life, being a grandfather is a new experience for him, so he wanted to bond with Tori’s oldest son.

For Chris, coming into the family has been a special adventure. Finally, he tied the knot with Amy and started a bit of a bromance with Matt Roloff. However, he’s very much on the sidelines in the bitter feud between Matt and Zach. So, he felt that it was sad that Matt put part of the farm up for sale instead of keeping it in the family. Fortunately, the grandchildren save the show from ultimate toxicity. So this week, fans saw a nice scene play out with Jackson.

Little People Big World fans saw that Jackson was home with Lilah when Chris and Amy arrived bearing a surprise gift. In the scene that followed, Lilah was right there, marching to see what the new grandpa had brought for her big brother. Of course, anything that shows Jackson and his siblings is popular with fans. So, fans enjoyed the teaser for the TLC show. Now five, and attending kindergarten, Jackson lost none of his cuteness and he responded well to his gift.

Ever since he could toddle about, Jackson Roloff adored anything with wheels. Whether it’s a train, a mule, a plane, or a scooter, he’s all excited about them. So when Chris selected his gift for Tori’s son, he nailed it. In the teaser, TLC fans saw that Jackson was given a bike with training wheels. Of course, Zach was there to make sure he wore his helmet. Off they went down the path, and the whole family watched Jackson try it out.

Little People Big World fans noticed that Jackson had a bit of trouble figuring out how to push the pedals. But, Zach and Chris Marek gave him a  bit of help. Soon, he figured it out and started riding around on it. So cute, when he was done, he told the camera that the experience was “easy-peasy.” Watch this space. Fans can probably expect to see a lot of videos from Tori of her son riding his bike.

Little People Big World fans took to the comments section on Instagram. One of them wrote, “Jackson is the cutest kid ever .♥️♥️♥️”

Another fan commented, “Love Jackson’s personality. Also, I noticed how Lilah was strutting her stuff walking over to where everyone was standing. She’s got attitude. So funny! 😂”

Meanwhile, plenty of people talked about how much they like seeing more of Chris on the show. Warming to him, one fan wrote, “Extremely thoughtful of Chris! I like him SO much better than Matt! Score one for Amy!!🙏🥰.”