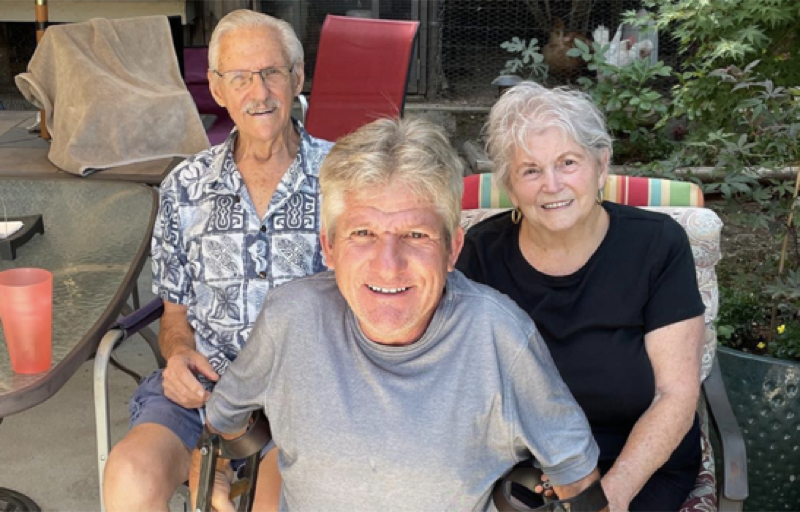 Little People Big World (LPBW) spoilers reveal that there’s a lot of division in Matt Roloff’s family. However, in real life, they all got together to remember and honor Ronald Roloff. Sadly, he passed away this year, and his wife “Hunny” gets by without her special love in her life. Matt has been particularly supportive of his mom. And now, everyone gathered in Arizona to say their last farewell.

For ages now, there have been rumors that Zach and Tori feud with Jeremy and Audrey Roloff. Of course, there is also speculation that Zach might be jealous of Jacob because he now works on the farm with their dad. That came along after Matt refused to sell them a portion of the land. So, they moved to Washington and the show reveals some very bad feelings.

Little People Big World fans know that Matt doesn’t see his beloved grandchildren as often as he used. There are now six little cousins who don’t live near the farm in Oregon. Radley, Ember, and Bode live with their parents on their new farm now. Plus, Josiah, Lilah, and Jackson moved to Washington. Only Mateo, Isabel’s son sees Matt very often, it seems. Mind you, Amy recently posed for a photo with all of the grands. But when it came to honoring Ronald, the cousins and siblings all reunited and Matt was there to see them.

This weekend, Tori, Isabel, and Audrey all posted up on their stories about the memorial. Tori revealed some photos that showed the little cousins together. Additionally, she put up a throwback photo of Ronald with Jackson. Meanwhile, Isabel and Jacob don’t post photos of their son. But, fans saw a nice throwback photo of Ronald. And one of the photos showed her with Jacob who was dressed up for the occasion.

On Friday, TLC fans heard that Little People Big World patriarch Matt was with his mom. On his main Instagram page, he shared that he had a meal with her. At the moment, nobody knows if Molly made it to the family reunion to honor Ronald. However, it s not likely that she would miss it. Often, she attends family functions, but she does tend to keep her life a bit more private than the rest of the family.

Is The Family Really Divided?

Little People Big World fans see a lot of toxic stuff on the TLC show. But sometimes, Matt tells fans to remember that it’s a TV show. Perhaps there really were issues about selling the land to someone other than Zach. But, the time has passed since then. Actually, leaks emerged that he still talks to his dad quite often on the phone.

Be sure to catch up on everything happening with LPBW right now. Come back here often for Little People Big World spoilers, news, and updates.