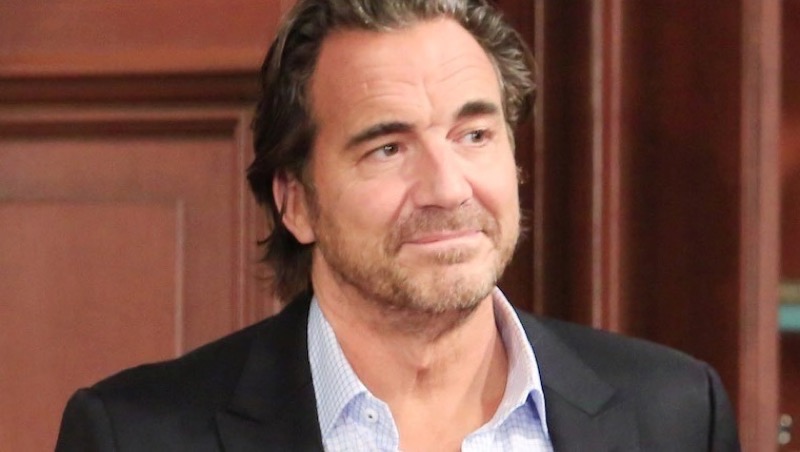 The Bold and the Beautiful (B&B) spoilers document that Ridge Forrester (Thorsten Kaye) continues to experience Brooke Logan Forrester’s (Katherine Kelly Lang) repeated insults made against his children. Her long-standing feud with Steffy Forrester Finnegan (Jacqueline MacInnes Wood) was recently furthered through an intercepted phone call intended for him. Now, Brooke has responded by threatening his son.

To be clear, Brooke was not at fault in the phone incident. Steffy’s immature block of Brooke’s call to Ridge at the cliff house was a provocation.

But Brooke clearly overreacted to Thomas Forrester’s (Matthew Atkinson) peel of an apple. Brooke took his pointing of a knife he was holding as a threat against Douglas Forrester’s (Django Ferri) safety and possibly, her life.

Some people will never let Thomas forget his dark past. Brooke stands at the top of that jeering mob.

Lang’s character did not take Ridge from Taylor Hayes (Krista Allen), as Thomas and Steffy insist. Ridge was a grown man with them as children, along with the late Phoebe Forrester (Mackenzie Mauzy), when he decided to couple with Brooke.

Brooke’s problem with Thomas involves the violent parts of his personality and the twisted elements in his brain, including his recent obsession with her daughter, Hope Spencer (Annika Noelle). So, Brooke has sound reasons to look at Thomas with a suspicious glare. 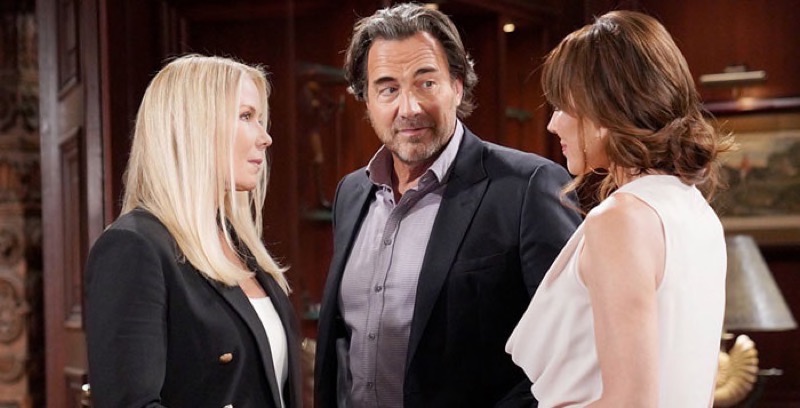 The Bold And The Beautiful Updates – Brooke Logan Forrester Is Married

Brooke’s strongest argument is that she is Ridge’s choice as his current wife. Their eighth marriage appears to have lasted for the longest stretch of soapy time, though daytime fans know that the calendar in this world is not the same as it is on the other side of the screen.

With whatever the markings of time, Ridge and Brooke’s current union have lasted for a while and withstood a number of challenges. Shauna Fulton (Denise Richards) was unsuccessful in taking Ridge, and Brooke is determined to block Taylor from playing off nostalgia as part of a Forrester family reclamation effort.

Taylor Hayes Has A Chance

Fans of Brooke and Ridge have reason to be worried. Ridge remains connected to Taylor because he clearly has deep feelings for her.

Ridge seems inclined to bond with either lady when he is in their presence. That underscores the theory Taylor recently told Brooke, saying that Ridge loves both of them.

If Taylor’s feeling is correct, and it seems to be, then she has a chance to be with Ridge again. Part of the destiny Brooke often references includes this couple breaking from each other. So, that pattern could easily repeat on B&B.