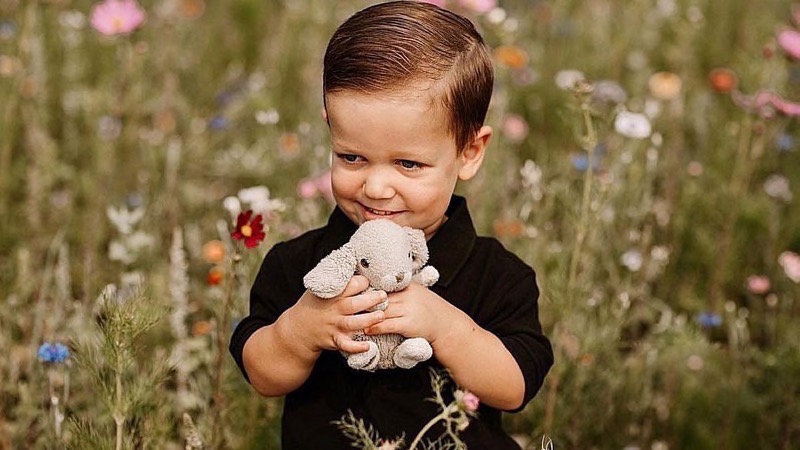 Little People Big World (LPBW) updates reveal that Jackson Roloff competed in a soccer match held by the Dwarf Athletic Association of America (DAAA). This weekend, he joined his dad, who’s already well known as a soccer coach and player. Recall, a few years ago, Zach played in the first-ever Copa America Dwarf World Cup. On Sunday, Tori posted up photos of their cute kid who looks like a little champion.

Back in 2018, when Zach went to Argentina, he brought back the cutest little soccer jersey for his son. Since then, TLC fans have often seen clips and photos of the little boy playing soccer. These days, fans know that he underwent surgery on his legs to try and straighten his bowed legs. Well, it takes time, and right now, they don’t seem to worry him when he plays sport.

LPBW fans recently watched as  Roloff navigated through his rehab. At one stage, he was so doped up, that he looked and sounded high. However, that all happened late last year and he looks fully recovered now. This weekend, the DAAA held its 33rd DAAA National Games. Unfortunately, last year, the games went on hiatus due to the coronavirus. As it went down in Spokane, Washington, it becomes clear why Matt Roloff caught up with his daughter Molly there.

On July 3, Tori posted up several photos of Jackosn playing soccer. One of them revealed him standing next to his dad. In the caption, she wrote, “So proud watching these two play soccer today!!” Then she explained that “this was Jackson’s first time competing at @daaanationalgames and I think he LOVED it!!” Additionally, she mentioned that the cute kid follows “Dad’s footsteps!! 👣”

LPBW fans who adore the little TLC star poured onto the post to say how absolutely “cute” he is. Plenty of people commented but we can’t show all of them here. So, here’s a small sample:

His daddy Zach is one of the best at soccer, so he’s lucky to have him as a coach!! ❤️

These picture are the best. Melts my heart to see this father son bond!

That Jackson is absolutely the cutest. 😍

He is the sweetest. He warms my heart with his comments on the show. Good job mom and dad. ❤️.

How Old Is Jackson Roloff Now?

LPBW fans might not know that recently, Jackson turned five. Back when his dad introduced him to the game of soccer he was still a tiny tot toddler. TLC fans agree that the little kid who competed at the Dwarf Athletic Association of America games certainly has a lot of potential as a champion one day.