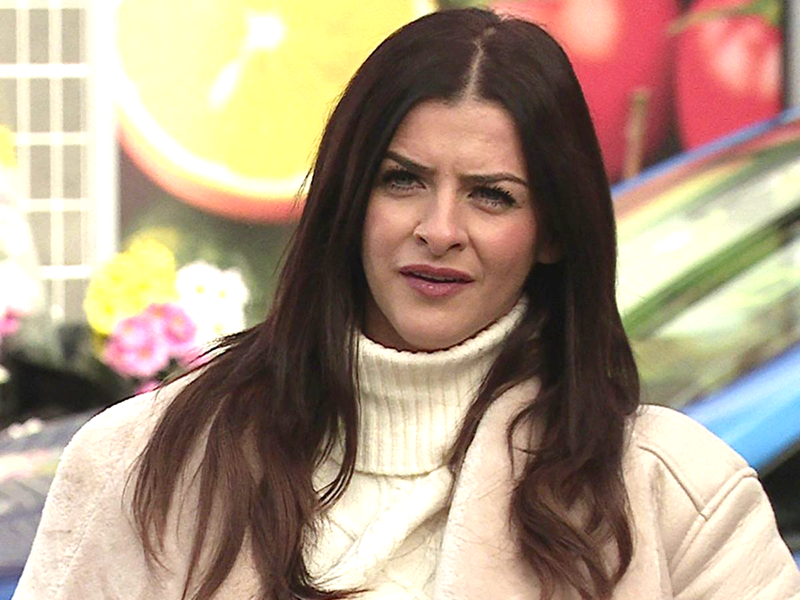 Coronation Street spoilers and updates tease that sinister Lydia Chambers will bring her revenge games to another level to create more gap between Adam and Sarah on Valentine’s Day.

Lydia (Rebecca Ryan) set foot on the cobbles last year and befriended Sarah Platt (Tina O’Brien) but immediately caused trouble when she revealed she had a romantic history with Adam (Sam Robertson) in their university days.

What seemed to be a harmless character has created a rift between the couple, who’s now put their plans on having a baby on hold. It was recently revealed that Lydia is still obsessed with her ex Adam and she’s been stalking him, and anonymously phone calling him, causing Adam to get paranoid.

Adam has suffered a lot already with his car windscreen being smashed, his and Imran’s (Charlie de Melo) office turned upside down when the authorities searched the office for a firearm after receiving a tip-off, and his wife Sarah received a bouquet with a creepy note that reads: “next bouquet will be for your funeral.”

But Corrie revealed Lydia is just getting started, and she has prepared more surprises for the couple who’s attempting to work on their marriage.

Coronation Street Spoilers – All You Need Is Love

After tormenting the couple in recent weeks, Lydia will plant more doubts in Sarah’s mind this coming Valentine’s Day.

In the factory, she will open up a gift bag and pull out sexy lingerie. With Sarah witnessing the scene, she then mumbles her ex has been giving her mixed messages.

Although Lydia just recently broke up with the teacher Daniel (Rob Mallard) after he realized he’s still in love with Daisy (Charlotte Jordan), she will make it look like the sexy gift is from her other ex, Adam. Soon enough, Adam informs Sarah their Valentine’s plans are canceled because of work.

But there’s another trouble waiting for them at home when the stalker breaks into their flat and snips off red roses with another death threat note: “Happy Valentine’s Day. It might be your last.” 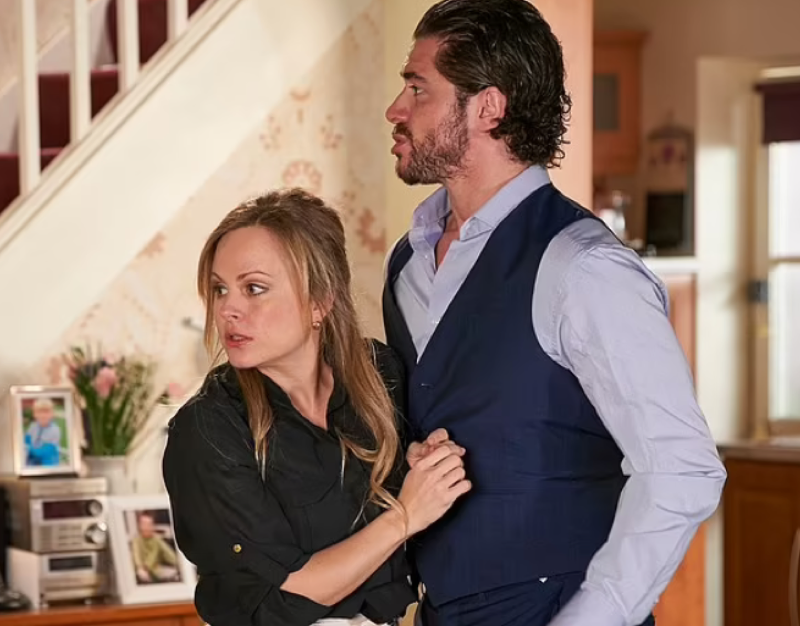 However, there’s also trouble for Lydia when she falls victim to food poisoning in the Underworld factory. But is this part of her game?

Now that Lydia’s agenda is being exposed on-screen, could she also take revenge on Daniel and Daisy after she felt she was only a rebound?

Coronation Street Updates – Not Intending To Cause Trouble

Corrie star Rebecca who plays Lydia previously revealed that Lydia isn’t a bad person, and it’s not her intention to cause trouble. “She doesn’t do these things just because she wants to ruin everyone’s lives,” she told Metro.

She said that Lydia has a nice, softer side and she’s also there to create genuine friendship. However, she also teased there’s more drama in upcoming scenes. “I’m looking forward to her causing a bit of trouble because that’s always good to play,” she added.