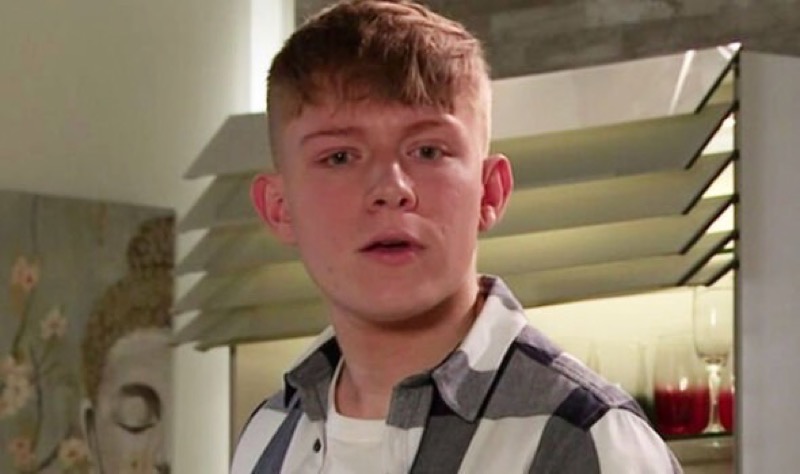 Coronation Street spoilers, news, and updates tease that Max will soon find himself in prison following his stabbing involvement in the Street.

In one of the upcoming scenes in the longest-running soap, Max (Paddy Bever) comes clean with the videos he has been making in support of the gang he is in. Weatherfield experiences massive stabbing attacks and it is believed that the videos inspired the criminals to spread blood in the cobbles. When the youngster tells Gail (Helen Worth) and David (Jack P. Shepherd) about his videos, they demand to show the recordings to them.

As they set their eyes on the videos, Gail and David drop their jaws as they realize how horrible they are. On the other hand, Adam (Sam Robertson) and Sarah (Tina O’Brien) believe that Max would likely be charged with Encouraging Terrorism, which will make him stay in prison for ten years, due to the awful content of his recordings.

As they continue to watch the videos, DS Swain (Vicky Myers) knocks on the door and arrests the youngster under suspicion of incitement to murder. Will Max pay for the bloody crime happening on the Street? Or can he defend himself and be saved from the consequences? 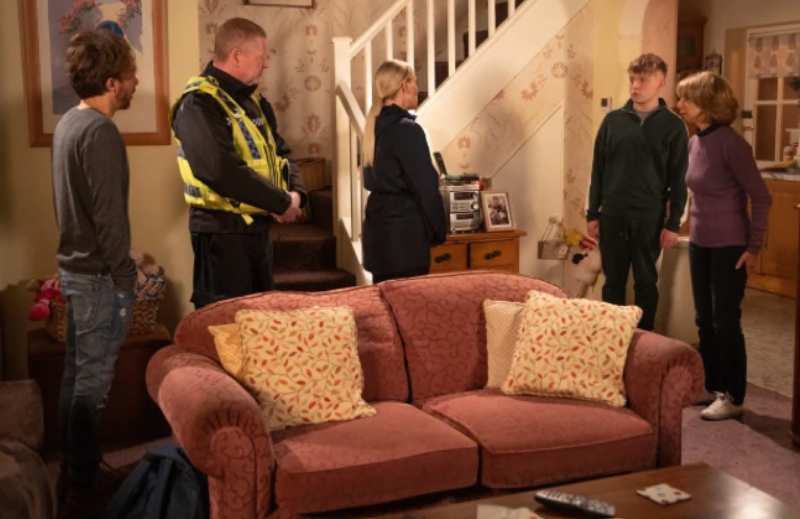 ‘Coronation Street’ Spoilers: David Finds Ways To Save Max From Any Crime Involvement

Moreover, before Max makes his way to jail, David tries his best to convince his son to get rid of himself with the crimes his new circle brought him in. Following the bomb explosion, the authorities questioned Max due to his involvement with Griff’s (Michael Condron) gang. After the interrogation, David started to find ways to save his son from Griff’s horrible behavior.

Meanwhile, the patriarch believed that his son would finally be free from any criminal involvement as Griff made his way to jail. However, it was still not the right time to move on. When he sees Max working on his videos, David suggests he join the upcoming drop-in session at Speed Daal.

However, due to Max’s resistance, the barber confiscates his phone and vows to return it to him once he joins the session. Furthermore, the youngster still hardens his heart about the matter and ends up watching a live stream of Blake, his old school bully. He sees how the man delivers his hate speech against the refugee center.

Will Max find ways to stop Blake from his horrible statements? Will he include himself in another issue?