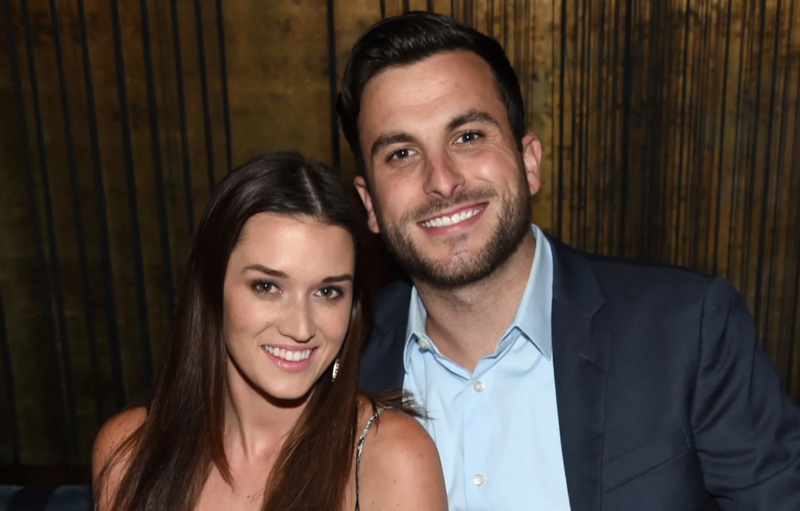 Bachelor In Paradise star Jade Liz Roper and her husband, Tanner Tolbert wasted no time growing their family. The ABC couple now raises Emmy, Brooks, and Reed. Brooks is growing up fast, and he’s at the age now where he’s old enough to lend his mom a helping hand in the home.

Nowadays, the baby in the family is Reed Harrison Tolbert. He’s a cute little guy and the only child born with dark hair. Their third child arrived about four years after Tanner and Jade tied the knot in 2016. Emmerson, a.k.a Emmy arrived first, and then Brooks arrived in 2019. Reed arrived in November of 2020 and he’s still a little kid, but big brother Brooks is able to help his mom in the house.

Bachelor In Paradise fans saw that when Brooks Tolbert turned three last year, he started at Pre-K. However, he found some comfort in being shoved out of the nest and invented an imaginary playmate. Actually, ABC fans couldn’t get their heads around Brooks being ready for such a big milestone. After all, it felt like just yesterday that he scared his mom by rushing into the world before she could get to the maternity hospital.

Bachelor In Paradise: Cute Brooks Tolbert Helps In the Kitchen

In November last year, Jade took to Instagram  and joked about giving the kids a “play kitchen.” But then, she ended up having to clean two kitchens. While it was amusing, it clearly sparked an interest in cooking in her son, Brooks. On Sunday this week, ABC fans saw that he helped his mom prepare “spaghetti and meatballs.” It came after a fun-filled day. Apart from watching “the Chiefs” they “went to “the park” and “played charades.”

Bachelor In Paradise fans can’t comment publically on Stories, but it’s a sure bet that they loved the concentration on the face of Brooks. That little tongue sticking out would surely have generated loads of comments. Notably, he helped his mom out in the big kitchen and not in the “play” one. Clearly, his efforts were appreciated by his mom. Maybe he will become a famous chef one day.

Reed Was All Tired Out

Bachelor In Paradise fans saw that little Reed had such a good day, he fell deeply asleep. His mom told her fans that she thought he looked so cute because  he slept with “his lil toes and feet hanging out of the crib.”

What do you think of Brooks Tolbert lending his mom a helping hand in the kitchen? How old do you think kids should be before they start to do real kitchen work with food? Shout out in the comments below.

Be sure to catch up on everything happening with the Bachelor franchise right now. Come back here often for more Bachelor In Paradise spoilers, news, and updates.