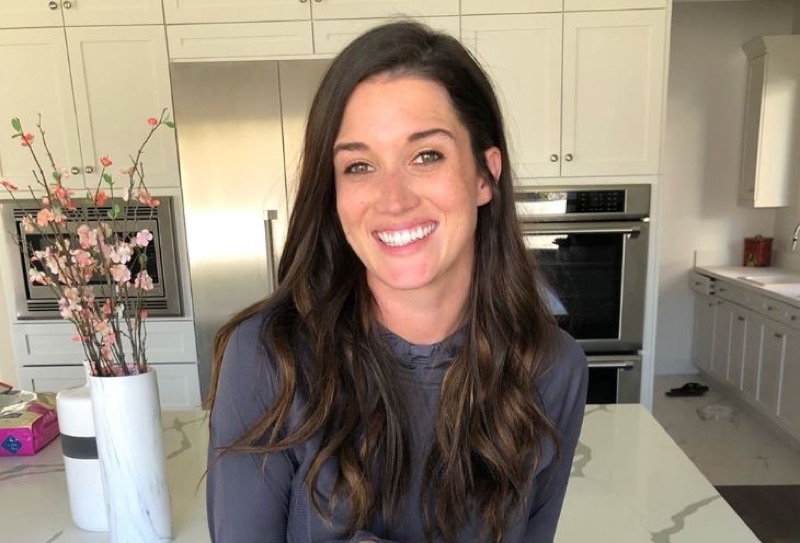 Bachelor Nation fans saw that Tanner Tolbert and Jade Liz Roper settled down to raise some kids. After tying the knot in 2016, they made no secret of the fact that they wanted to raise a family.

By the time March 2017 rolled around, she was already pregnant with her first baby, Emmerson a.k.a Emmy. Then, the second child, Brooks arrived in 2019.  Finally, their third child who looks adorably like Tanner arrived in November 2020. Reed Harrison soon turns one year old.

Via Instagram, Jade keeps her many ABC fans updated about motherhood. In March this year, she shared a throwback photo of baby Reed. Recall, the little boy arrived at home in a birthing tub. Well in the photo, she held him as he had a feed. Jade often promotes breastfeeding.

Mind you, the Bachelor Nation star had a hard time with Brooks. He arrived in the closet at great speed. Then, he suffered from a tongue tie and fed poorly. Eventually, she and Tanner got a small procedure done, which helped considerably. Anyway, Reed, ABC fans agree, really is the cutest baby. Probably that comes because finally, she gave birth to a child that looks a lot like his dad.

Taking to her Instagram on Monday, October 24, Jade Roper reminded fans that soon, Reed turns one. Her photo of him came with the caption, “I refuuuuse to believe Reed will be ONE in a few weeks.” Then she wondered, “Where has this year gone!?”  Of course, moms always miss the baby years, and Jade’s no different. So, she added, “I feel like I need so much more time with my happy-go-lucky and loving baby!” 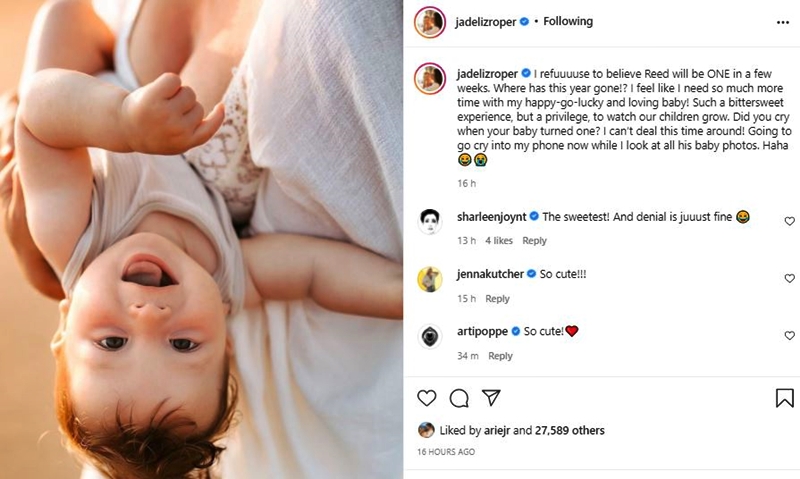 The Bachelor Nation star also described it as “a bittersweet experience, but a privilege, to watch our children grow.” Then she admitted that she might just go and look at photos of Reed as a baby and shed a few tears.  Of course, fans who raised their own kids know exactly how she feels. So, they commented on the post.

Bachelor Nation fans responded and one of them wrote, “I didn’t cry when my first turned one but definitely will now with my second (and last) baby. I think it’s because I understand more intimately how quickly it goes now. ❤️😢”

Understanding, Jade agreed, saying, “agreed! I want him to stay a baby forever! Haha 😆.” Naturally, some fans urged her to start planning for baby number four! And, that might happen as she and Tanner Tolbert didn’t rule that out yet.