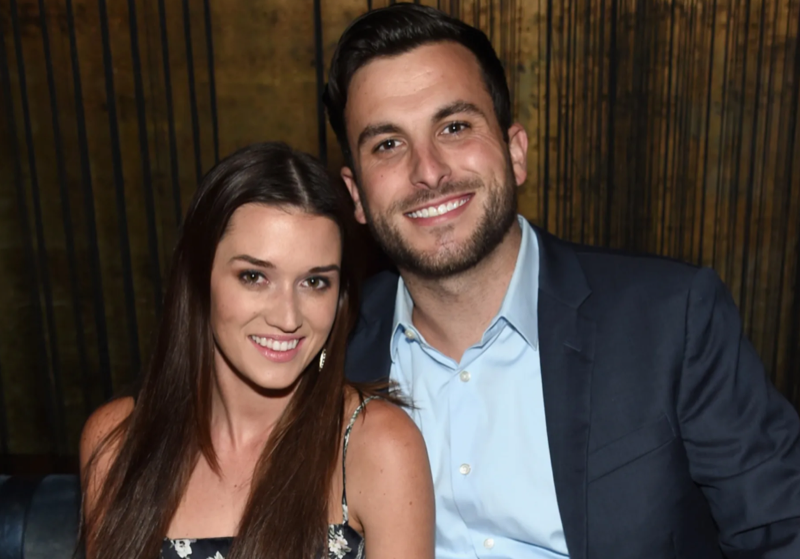 Bachelor Nation fans saw that Jade Roper and Tanner Tolbert welcomed their third child, Reed five minutes ago! Didn’t they? Well, time absolutely flies by so fast, that some fans seem surprised that the 15-month-old child is getting so big. How is he walking already? Actually, perhaps fans should ask when did he start walking?

When it comes to cuteness, Jade Liz Roper and Tanner Tolbert seem to take the win. First, fans saw Emmy come along and she charmed the socks off Instagrammers. Soon, Brooks arrived in a hurry and freaked out his mom with his super-fast arrival in her closet. Next, Reed arrived in a more orderly fashion, and fans enjoyed seeing the natural birth in a water tub. Dark like his dad, the cute little boy was a good-looking chap from the moment he arrived.

Bachelor Nation fans can’t always check out every single baby pic that the ABC cast shares. So, those people surprised by a story that showed Reed walking in February might learn something new. In fact, Reed started walking back in early November last year. Before that, in October, Jade asked her fans, “Where has this year gone!?” Two weeks later, she shared a video clip of Reed taking his first unaided steps.

Reed actually arrived in mid-November 2020, but he celebrated his first birthday as a brand new walker. Somehow, it seems incredible that the gorgeous newborn now toddles around happily at the age of 15 months. On her main Instagram, a fan asked how Reed could possibly be so old already? Well, Jade reminded them that he is 15 months old now. Where did those 15 months disappear to? On February 22, Jade took to her stories and shared these gorgeous clips of little Reed:

Bachelor Nation fans shouldn’t really, be surprised that Reed Tolbert walks around at the age of 15 months. In fact, a lot of kids stand up and walk by the time they turn one year old. However, as time zooms by, the amazement factor takes over. For those who don’t check on the kids every single day,  he grows up at the speed of light. As you can see above, Jade helpfully shared a photo of her son when he was just one week old.

Will Jade Have More Babies?

Bachelor Nation fans know that Jade suggested that Tanner might have a vasectomy. However in March last year, they did talk to People Magazine about possibly having a fourth child. However by May, the couple, only rated the chances of another baby at about ten percent.