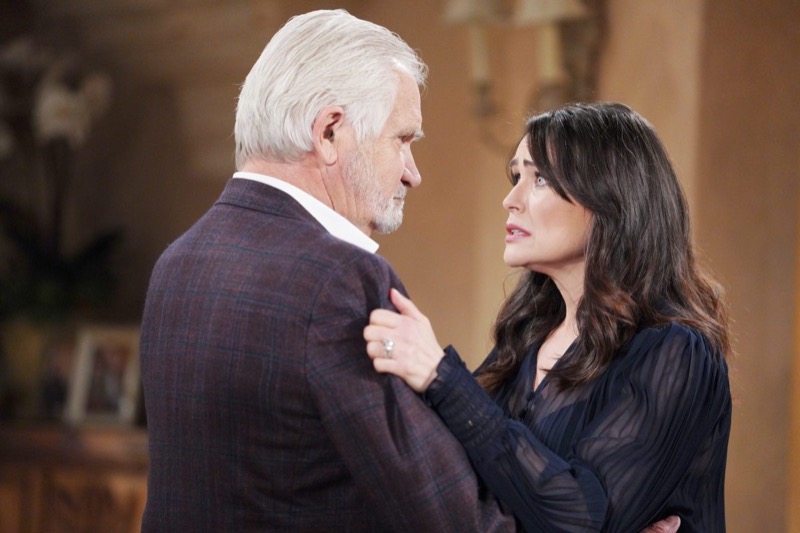 The Bold and the Beautiful (B&B) spoilers and updates tease that Eric Forrester (John McCook) is naturally concerned about Brooke Logan Forrester (Katherine Kelly Lang). He has often served as a stable sounding board and shoulder to lean on.

Eric holds a place of unique importance in Brooke’s life. While his adopted son, Ridge Forrester (Thorsten Kaye), is her true love, Eric was her first husband.

Quinn Fuller (Rena Sofer) has called Eric her husband for many years. Viewers, all connected characters, including Quinn, were stunned when Eric opted not to divorce her after she became involved with Carter Walton (Lawrence Saint-Victor) in the recent past. So, a measured response will be in order as Eric offers support to Brooke, though Quinn is sure to be bothered by developments.

The Bold And The Beautiful Spoilers – Eric Forrester Promotes Forgiveness

Ridge kissed Quinn on the beach a handful of years ago. Brooke was floored by that betrayal, which proved to be a soapy flirtation.

Eric cut Ridge out of his life after the above reveal happened. But that proved to be short-lived, as Eric forgave his son and Quinn for wronging him.

Brooke reached out to Eric after Ridge did not return to the mansion. She assumed that he stayed at the cliff house. Eric did not have contact with Ridge during that point in the plot. When he does, Ridge will be told to stay with Brooke.

The Bold And The Beautiful Updates – Deacon Sharpe In First Position?

Deacon Sharpe (Sean Kanan) believes he may have a chance with Brooke, due to New Year’s Eve fallout. He is also being egged on by Sheila Carter (Kimberlin Brown), who sees Deacon as a useful tool.

While Brooke is still attracted to Deacon, Kanan’s character is incomparable to Eric. If Brooke is to seek comfort in an assumed divorce, Deacon is now a plausible option.

However, Eric is the man who Brooke still admires and respects. Their history is much deeper than her tie to Deacon, who she sees as a shameful part of her backstory. 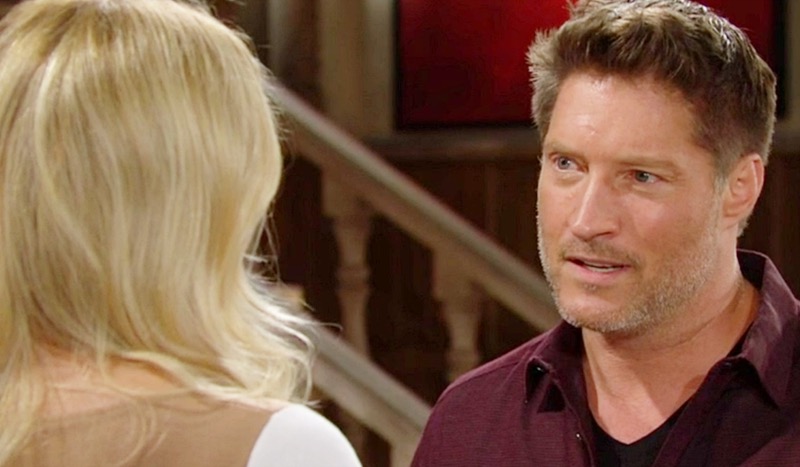 Ridge holds the high cards. He did nothing wrong, with Brooke being the villain in this breakup scenario.

As hardcore fans recognized, Brooke’s retrospective reflection likely means that this edition of the Ridge show has been canceled. It appears as though Taylor Hayes (Krista Allen) represents his immediate destiny.

Until a divorce is legally finalized, there is always a chance that Brooke and Ridge implement Eric’s advice and reconcile. This legendary B&B couple reached the cliff(house)
, with Brooke seemingly being blocked out.